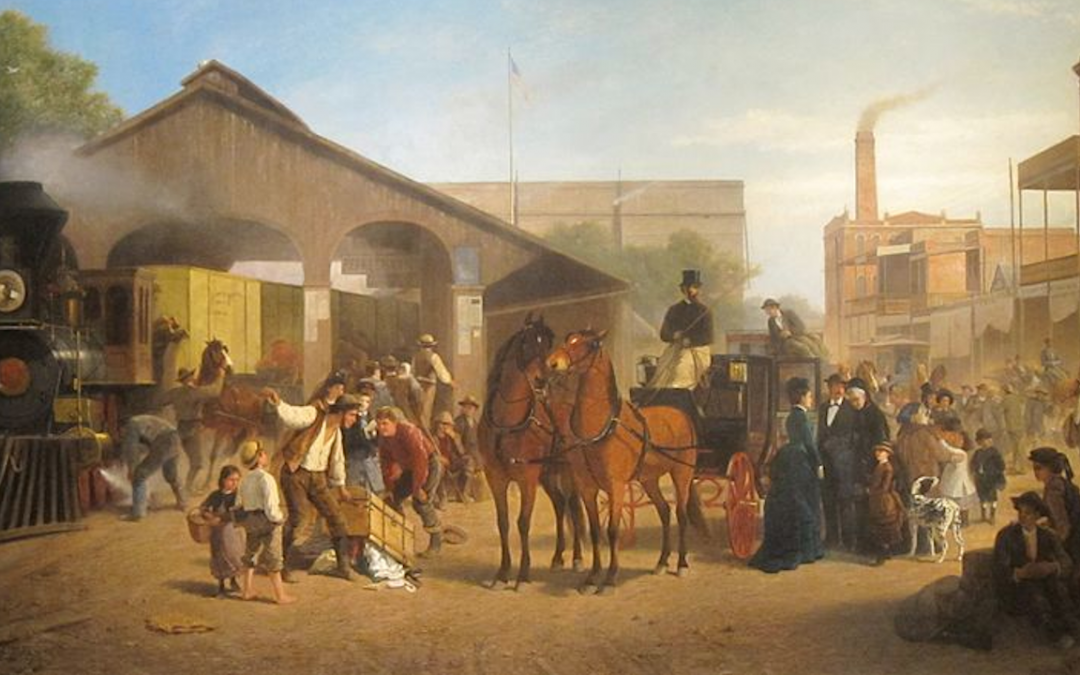 The United States is the largest and most powerful economy on earth. Since the 1800s this country has risen from poverty to extreme wealth, mostly concentrated in it’s financial hubs like New York. New York is arguably the financial capital of the world. In fact, the city by itself has an economy the size of South Korea. It’s iconic Wall Street is the headquarters of America’s financial industry, home to countless large businesses. Perhaps the most prominent of which are all banks. With the growth of New York and the USA, gigantic banks and financial firms grew to profit off the economic shift. More often than not the largest banks were built and run by specific families, ensuring great wealth for several generations. But who are the greatest American banking families

Today we look at some of those families, with all their billions of dollars. Their business empires stretch across the globe. Most of them date back to the 19th century, when opportunity was abundant. The oil boom and gold rush, the flow of immigrants and foreign trade, all these things fueled the growth of early American banking families. Here are those families and their stories.

Named after the Lazard family, this is one of the largest financial companies in America, with a revenue north of 2 billion. It all began in the mid 1800s when three brothers moved from France to America. They settled in California, where they opened a store selling supplies to miners taking part in the gold rush. The Lazard brothers literally sold picks and shovels in the gold rush to make their way. Then after having made a relative success of themselves the brothers decided to expand into banking. Similar to what the Rothschild family did, each of the brothers moved to a different country to establish an office. That way the Lazard bank would truly be an international trading company. Before long Lazard had offices in New Orleans, Paris, and London.

The segments in each country were independently run by each brother and their descendants. But the three houses of Lazard would work together and often act as one entity. Each branch grew slowly but surely in following decades. But the American branch outpaced the others, especially going into the 20th century. The post war boom had an especially big impact on the New Orleans branch, boosting it further to profitability. By now the Lazard’s were one of the most successful American banking families out there. But it was only just beginning. Today Lazard is a giant, since the three branches of Lazard were unified in the year 2000.

Of all the American banking families, the Morgan’s a likely the most successful. They achieved prominence in the 19th century when J.P. Morgan build his fortune from scratch. From a young age he worked in banking, realizing the market trends were all moving towards having an international focus. So in both America and Europe he financed all kinds of things for the government. Then he diversified into banking and building his own bank, known today as JP Morgan Chase. Slowly but surely he became the most influential businessman in America, even more than other industrialists like Rockefeller and Vanderbilt. This legacy shone through in his bank, which continued to grow stronger even after his death. His children, grandchildren, and great grandchildren too lived lives of wealth and prestige. And for a long time the bank was led by Morgan family members.

It has been said the American economy owes a great debt to the Morgan family for increasing it’s interconnectivity and financial might. In time they even worked their way into the British aristocracy, with multiple lords being members of the Morgan clan. JP Morgan Chase now has an annual revenue of 120 billion dollars. It employs 255 thousand people and is valued at 460 billion dollars!

Not just one of the most wealthy American banking families, the Mellon’s also have a long history of political power. One of the most important treasury secretaries in American history was Andrew W Mellon But the true patriarch of the Mellon family was his father, Thomas Mellon. Born in 1800s Ireland, Thomas later moved to America where he became a lawyer. Eventually he became a judge and used his position in society to found Mellon bank. Unusually for a bank in those days, Mellon bank focused more on the Midwest than the East Coast, looking more to Chicago and Detroit. In fact, the bank played a major role in developing these areas in the late 18 and early 19 hundreds. Andrew would then build upon what his father had built, rapidly expanding the bank across America.

Mellon bank acquired insurance firms, real estate companies, and even stakes in oil producers. They also loaned money to cash-strapped businesses. Through all this Andrew Mellon established the family with generational wealth. Mellon even got into the shipbuilding industry, building hundreds of vessels for the US navy in the run up to world war two. Steel in general was a big money maker for the Mellon family, with the urban growth meaning ever more of it was needed. This industrial activity was heavily concentrated to, though not limited to, Pennsylvania. By the time of his death he was called the most important man in the economic development of western Pennsylvania. Then, with his influence and knowledge of American industry, the president himself chose Mellon to be treasury secretary.

This was in 1921 and at the time Andrew Mellon was not well known to the general public. But the next few years would see him achieve international renown. In 1923 he was even featured on the cover of Time magazine. By accident of history, his time in office saw a massive boom in the US economy, and then the Wall Street crash of 1929. In these times of extremity, his role was more important than ever. Most importantly it further cemented the Mellon’s among American banking families. He was just one of many influential Mellons. Another is William Mellon, who founded one of America’s largest energy outfits. Richard Mellon was the principle financial backer of an influential think tank. Christopher Mellon is a high ranking intelligence officer for the US government. Timothy Mellon is the majority shareholder in Pan Am Systems. These are just a handful of prominent Mellons.

How could any list of American banking families not include the name Rockefeller. It all began with John D Rockefeller, the son of a conman who rose from poverty to become a billionaire. He founded Standard Oil, a company focusing on refining oil. This way they would not take on the risk of prospecting for oil. People who already had oil would go directly to him so that it could be refined in his plant. Through cutting costs and introducing new innovative ways of doing business, Rockefeller was able to outcompete other refineries offering the service. He would even produce his own barrels and tools for the company. Then he rapidly bought up all other refineries in the area, and bribed the railways not to service any competitor not willing to sell.

By the time of his death Standard oil had gotten TOO BIG. The US government actually decided to break up the company, forming what we know know as Chevron and Exxon. But even after the breakup, he was incredibly wealthy. In fact, he was the richest man in America. His children too were incredibly wealthy. The Rockefeller’s eventually gained control of Chase Manhattan bank, among other well known businesses.

Marcus Goldman was a German who moved to America and built a fortune, a story that sounds familiar in an article like this. His father was but a farmer, but in America Marcus made his way as a shop keeper. Slowly he became more and more successful, eventually moving to New York and getting into the loan business. Before long he was doing 5 million dollars in business per year, a lot of money for the mid 1800s. Then he and his other successful friend Joseph Sachs came together to establish their own bank. Goldman-Sachs got off to a good start, having a revenue of around 30 million dollars. That in today’s money is more like 400 million dollars. Marcus Goldman’s daughter married the son of Joseph Sachs, establishing the Goldman-Sachs family.