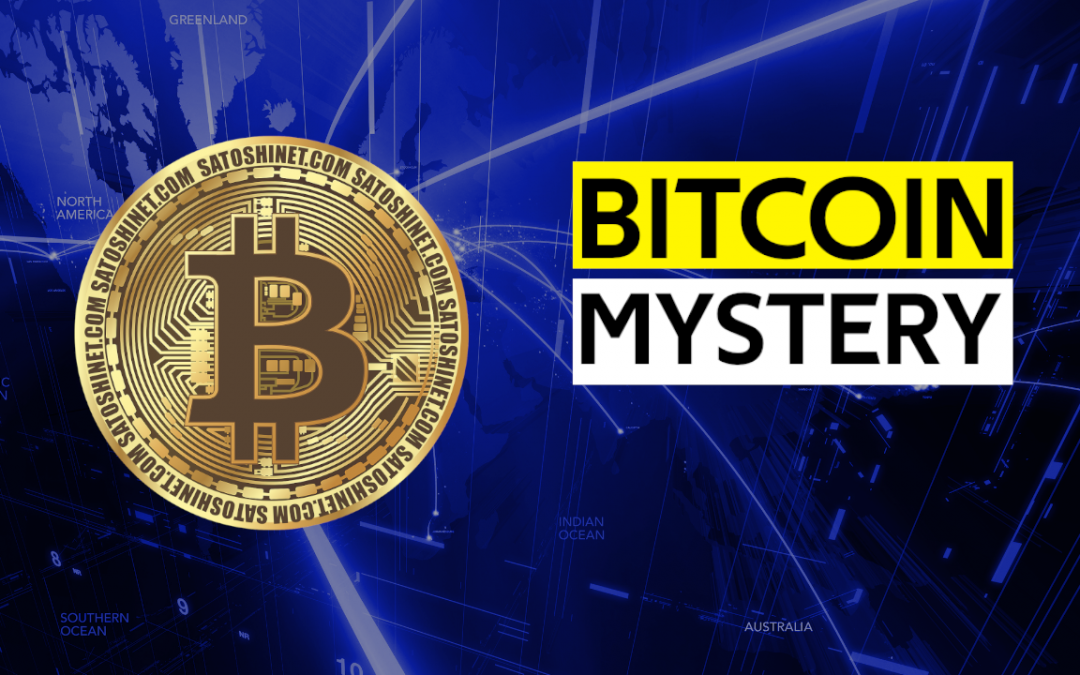 Since its invention in 2008 bitcoin has exploded in value. At the time of writing a single bitcoin is worth 46,000 dollars. This means the total market cap of bitcoin is 865 billion, more than almost every corporation on earth. In fact only 6 public companies are valued more highly. Giants like Walmart, Disney and Nike are all worth less than half of what bitcoin is. That’s a pretty incredible rise for something invented by a single nerd 13 years ago. It’s unlikely they intended for it to grow so big or at least not so quickly. But there’s no way for us to know that for certain. Why? Because the identity of bitcoin’s creator is a complete mystery

In 2008 a new kind of technology was conceived of. Appearing on little known message boards its creator described it as a peer-to-peer electronic cash system. In other words it was digital money. It was not the first attempt to create a digital currency but was by far the most advanced. Before long he had created the software and launched its website – bitcoin.org. Then in a single day he mined the first 50 bitcoins. His name was Satoshi Nakamoto or at least that’s what he claimed. Nakamoto never showed his face nor revealed any personal information despite writing hundreds of posts on the message board. Before the launch of bitcoin there was no record of any coder by the name Satoshi Nakamoto. A tech genius, he knew how to cover his tracks, ensuring that even now his identity is hidden.

The mystery deepened in 2010 when he disappeared from the internet. For 11 years people have wondered what happens to Satoshi Nakamoto who he was or even if he existed to begin with. Many believe the technology behind bitcoin is too complex for any one man to build. According to rumor it was created by criminals as a new way to launder money. Some even claim it was a honey trap created by the FBI. At one point billionaire John McAfee said bitcoin had a team of 11 people. Before disappearing Nakamoto claimed to be a 35 year old Japanese national, but many researchers have all but disproved these claims. There is simply no evidence for such a Japanese man. Furthermore, he made constant use of British English for example he wrote maths instead of math and spelled color with a u.

Also, the timing of his posts correspond more with the British time zone than Japanese. This would suggest he was British but don’t forget we’re dealing with a genius. It’s entirely possible he laid these clues to throw us off. Realistically Satoshi Nakamoto could be from any country – even France. Whoever he is he likely remains unknown out of fear. Authorities have made it clear he would be arrested should he ever surface. When an Australian man claimed to be Nakamoto he was nearly charged with aiding crime. It was not long before he renounced his claim. Luckily the real creator has the knowledge and means to evade detection. It is thought he personally mined one million bitcoins, many of which he could still hold in his possession. Multiple possible candidates have been put forward.

One of which is literally called Satoshi Nakamoto, but this seems to have been a simple coincidence. Other candidates include Hal Finney, a developer who received the first ever bitcoin transaction. Before dying young he claimed to have worked closely with Nakamoto and even lived in the same town as him. It’s more likely he was part of a team that developed bitcoin. But as he’s dead we may never know. Another dead candidate was Dave Kleinman, an expert in computer forensics. The circumstances of his death were deeply mysterious. Despite being thought to own a fortune of bitcoin, he seemingly lived in poverty. Kleinman’s brother said he was worth 40 million dollars. Some say he was a gambling addict who lost all his wealth and drank himself to death.

His strange life is just one of many mysteries in my opinion bitcoin was created by an international team of cryptographers they likely chose a random Japanese name because they’re nerds. Nerds love Japan.