Beretta – The Business of Guns 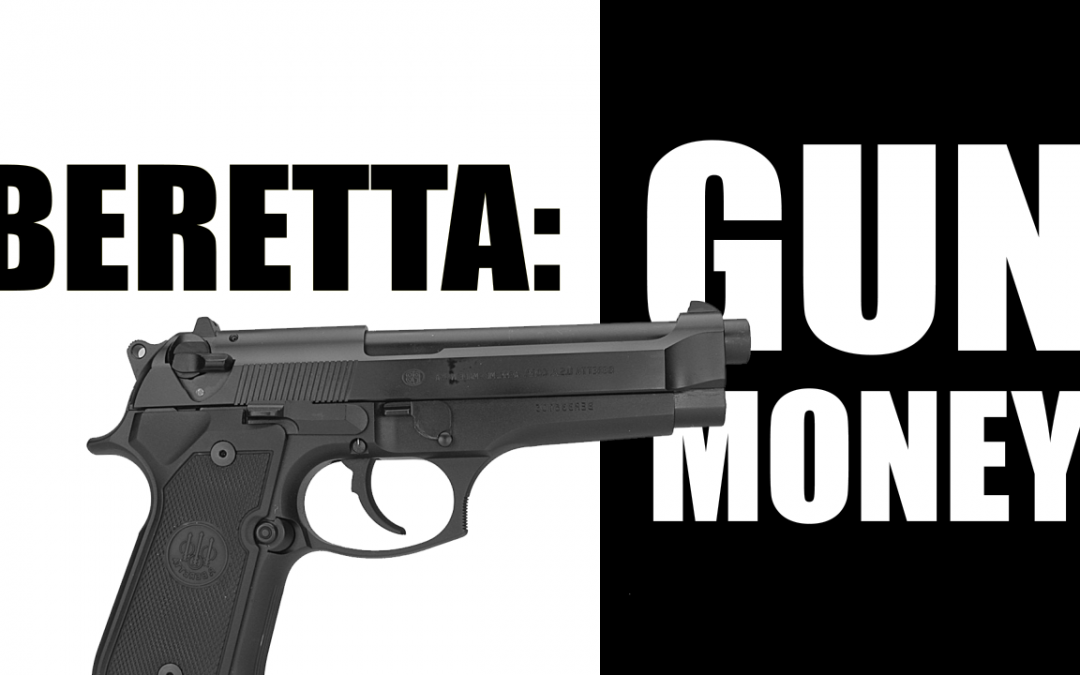 The arms business is booming like never before. More than two percent of global GDP goes towards military spending each year. With conflicts raging all over the world, companies like Lockhead Martin and Northrop Grumman are making tens of billions of dollars. Both of these companies are fairly young, being founded in the mid 90s. But some arms businesses are hundreds of years old. One of such is Beretta, an Italian company that for 15 generations has been run by the same family. Since 1650 they have manufactured weapons for every major European war. It remains the oldest privately owned company still in operation. This is the story of Beretta – from it’s establishment in Renaissance Italy to it’s handguns being adopted by the United States army.

Our Video on This

In the early 16th century Bartolomeo Beretta established a gun foundry in the town of Gardone. By all accounts he was a master of his craft – in fact his nickname was “The master of pipes”. Bartolomeo specialized in producing gun barrels. He must have had quite a reputation as he was commissioned by the republic of Venice. At the time Italy was not one united nation, but a collection of smaller stares. The Italian states were not equal. Some were big, like the Kingdom of Naples, and some were small, like San Marino. Over time a handful of states dominated and conquered the others around them.

Arguably the most powerful of all was the republic of Venice. It sounds odd to say that now as Venice today is just one city. But at one point it had an empire with land in the Balkans, Greece, and Cyprus. This gave it a series of important ports and docks, on which it built a sophisticated trade network. These trade links made Venice vastly wealthy and gave rise to one of the world’s greatest sea faring cultures. Many famous explorers were Venician and the republic maintained a strong navy. But all this success gave powerful enemies to Venice. It was thanks to these enemies that Beretta grew strong, providing Venice with weapons for many battles. In time the Beretta name became synonymous with high quality guns, and so they weren’t exactly lacking business opportunity.

Coming centuries would see ownership of the company and knowledge of the craft passed from father to son. They crafted guns for some of history’s most notorious figures – including Henry VIII, Napoleon, Adolf Hitler, and many warlords. Every European in pursuit of power wanted Beretta on their side. For Napoleon they produced more than 30 thousand muskets each year. They kind of backed the wrong horse though and the next few years were something of a dry spell for the company. So they resorted to making hunting and sporting. They catered to the nobility of Europe who loved to hunt and were willing to pay big money to do so. Yet Beretta continued to innovate and by the outbreak of world war one they were producing sophisticaled military grade weaponry.

This was highly unusual for an Italian company, hence why the Italian military was so badly equipped in both world wars. Their weapons may as well have been made of cheese. Or of bread. I think bread would be better. During world war two Beretta was among the most prolific arms producers for the Axis powers. This saw them produce a range of rifle for Imperial Japan. In 1938 and 1939, 80 thousand type I rifles were created and sent to Japan by submarine. With Japan’s defeat, many Type I rifles were taken home as war trophies by American soldiers. This was the first of many US soldiers had ever heard of Beretta. But it would not be the last.

From the start Beretta was one of the most respected gun brands of the cold war, specifically making weapons for police and special forces. It’s no coincidence that in the first James Bond novel, a Beretta pistol is his issued weapon. It was a 418 Beretta, Bond’s favorite gun. Small and compact, it was perfect for espionage. But not everyone agreed. One angry reader wrote to the author Ian Fleming and complained that the 418 was a “lady’s gun”. He suggested Bond use a Walther pistol instead. Fleming actually took on the criticism and in the 6th novel Bond is given a Walther PPK. That’s the same model Adolf Hitler shot himself with. But for the first 5 books Beretta got great publicity from James Bond.

Taking advantage of their cold war prestige, they expanded internationally, establishing Beretta USA in 1972. Today more than half of their business comes from America. But it wasn’t always clear opening a US office would be a good move. As gun laws cut into the market in other countries, the US market became ever more important. Recognizing this, Beretta put increasing focus on the United States. In 1985 the Beretta 92 became the standard service pistol of the US army. From then on it was known simply as the M9. It was only in 2017 that the army announced a new standard pistol made by a different company. Known as the M17, it is currently being phased in. Interestingly it’s made by the company that narrowly lost out to Beretta in 1985.

Despite this loss I don’t think Beretta will be struggling any time soon. Today Beretta owns 26 different brands and companies under the banner of it’s parent company, Beretta Holding. They even have their own museum in Italy. Inside which you can see the car Beretta once made. I’m not joking, they really made a car in the 1940s. Seeing Italian car companies like Maserati and Ferrari make big money, they decided to enter the industry. Beretta was, after all, one of Italy’s best known brands. So they created a small red car. In many ways it was typical of post-war cars in both style and function. Small, colorful, and with a top speed of 63 miles per hour. It was a nice little car but not good enough to beat out competition. In the end Beretta just wasn’t meant for this industry.

Coincidentally, Chevrolet named a car after Beretta in 1987, causing Beretta to sue them for trade mark infringement. Beretta also make wine. So I guess all their products kill people… apart from binoculars. They own a company that does that too. Beretta is far from your average company. It’s age, it’s diversification of business interest, and the strange characters behind it make her different. That’s why I wanted to make this video. Almost all of us have heard the name Beretta but so few know anything about it’s history. That’s why I made this video, and why I plan on making more videos on businesses I find interesting. Keep an eye out.