The Biggest Company In Pennsylvania – AmerisourceBergen 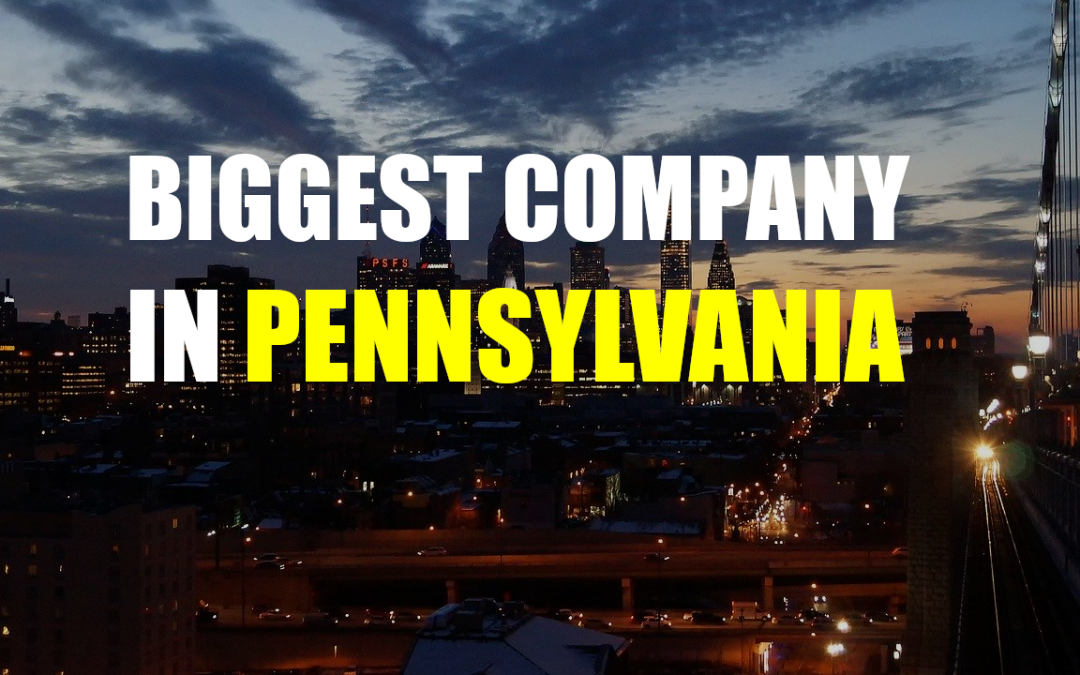 Pennsylvania was named after a man called William Penn, an English colonial who settled the area in the late 1600s. The land was actually granted to him by the king of England in order to repay a debt the crown owed the Penn family. It was among the largest land grants in recorded history, encompassing both modern states of Pennsylvania and Delaware. The deal ensured the name Penn would go down in history, and made his descendants vastly wealthy. By the American revolution Pennsylvania was among the most important of the 13 original colonies. The deceleration of independence was even written in the city of Philadelphia, Pennsylvania’s largest settlement. Today Pennsylvania is just as important politically and economically, thanks to the many large companies based here. But what is the biggest company in Pennsylvania? That question is the subject we today look at.

Pennsylvania is now America’s sixth most wealthy state, thanks in part to the 20 Fortune 500 companies based here. They include all kinds of businesses from the Hershey Candy Company, Toll Brothers, Dick’s Sporting Goods, Comcast, and many others. But in this article we look at just one Fortune 500 company: AmerisourceBergen.

The Rise of AmerisourceBergen

AmerisourceBergen is possibly the worst name of a company I’ve ever heard. Luckily it operates in the pharmaceutical industry, where usually only the brand names of the individual drugs they sell tends to matter. Officially this company came into being in 2001, with the merger of two pre-existing companies called the Amerisource Health Corporation and the Bergen Brunswig Corporation. But the story of those two individual corporations goes back much further. In 1871 Lucien Brunswig established a drug company selling basic medical supplies and medicines. Slowly over time the company grew to become one of California’s largest drug supplier. World war one saw a boom in the industry, with returning soldiers having acquired a taste for it. Through innovation, Brunswig drugs was able to massively profit from this boom in the industry.

By making use of automotive and computerized elements of inventory keeping before other drug companies had, they gained a huge efficiency edge over the competition. Then in 1947 a small drug story called the Bergen Drug Co opened in New Jersey. Just as innovative as Brunswig, Bergen would go on to become the first company in all of America to use computers to organised their inventory and accounts. By 1969 they were successful enough to purchase the Brunswig Drug Company, becoming the Bergen Brunswig Corporation. From here on out they doubled down on innovation, experiencing explosive growth along with the pharmaceutical industry in America.

Becoming The Biggest Company In Pennsylvania

In 2001, after decades of solid growth, Bergen Brunswig finalized a deal to merge with another giant of the pharmaceutical industry: the Amerisource Healthcare Corporation. As both corporations were already efficient and effective distributors of drugs, AmerisourceBergen instantly became one of America’s largest companies. Today the company has dozens of distribution centers in North America and the UK, and over a million square feet of production space. But that’s not enough for the company, as they continue to acquire more and more brands. One of their larger acquisitions was World Courier, a courier service with 150 offices globally. In 2013 AmerisourceBergen became a distribution manager for Walgreens Boots Alliance.

To many this marks the beginning of a new period of expansion for the company, the results of which yet to be seen. AmerisourceBergen now does over 170 billion dollars in annual sales and employs 21 thousand people. With profit of 1.2 billion dollars, it is easily the biggest company in Pennsylvania. Along with that it is considered the 10th biggest company in America. Pretty good considering it began as an old west drug store.