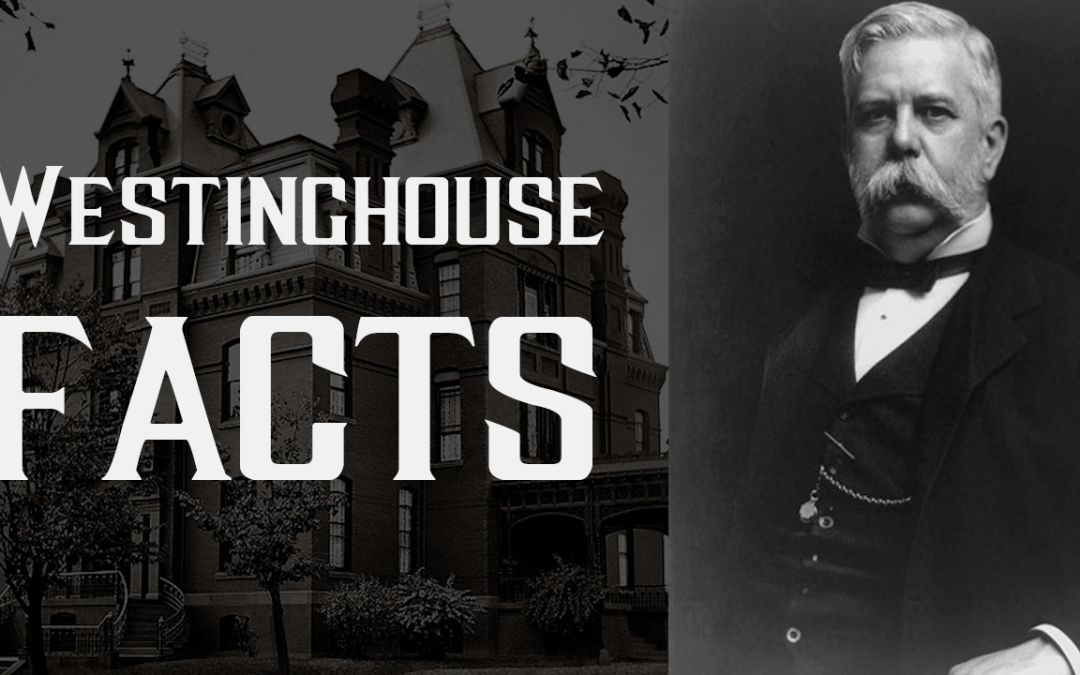 Few people are familiar with George Westinghouse. Even those who know his name are usually unaware of the massive impact this man had on American industry. We remember names like Edison, Tesla, Carnegie and Rockefeller. But I say Westinghouse should be right up there with him. Hopefully after reading these ten facts you’ll agree. Here are just a handful of facts about one of the most interesting and influential people to have ever lived, yet one almost entirely forgotten by history.

As the pioneer of the electricity industry, he was at the helm during the mass wave that was America’s industrialization. In the early years of the Westinghouse electricity company, he employed many up and coming geniuses – including Nikola Tesla, William Stanley, and Frank Conrad. With their innovative flare and his flare for business management, Westinghouse soon became a serious name in the business world. Filing patents on their key innovations in these early years guaranteed them a source of income for decades to follow. Then, George Westinghouse capitalized on this initial success by aggressively buying other assets and companies. It was the start of a multi billion dollar empire.

With the Westinghouse Electric Company being such a giant of the young electricity industry, there was intense competition. Perhaps the most ferocious competitor was General Electric, which was formed via a merger of Thomas Edison’s Company and several others. In the 1890s, General Electric was still in it’s infancy, but they so aggressively attempted to take over Westinghouse electric that they were almost successful in doing so. One of the ways they did this was by taking Westinghouse to court over patent disputes, in an attempt to bleed Westinghouse dry of capital. Eventually the two companies reached an agreement where certain patents owned by Westinghouse would be shared. Thus gave rise to General Electric.

When the US civil war broke out he was just a young lad. Yet he was an extremely patriotic Yankee, and opted to serve his country. He joined the National Guard of New York at the age of 15. For a time he was a cavalry member, and was soon promoted to the rank of corporal. But the position of an ordinary soldiers was not entirely fitting to a boy of his intellect. Before long he was in the Navy, as an engineer rather than a soldier. It was now on a navy gunship that he gained his love of engineering and his lifelong appreciation for a hard work ethic.

In his lifetime George Westinghouse applied for a total of 361 patents, many of which were strictly for inventions or innovations he himself personally developed. If nothing else could be said about him, the man knew the value of constantly evolving his business model and of diversifying business interest.

6: He Showed Promise From A Young Age

George Westinghouse filed his first patent when he was just 19 years old. Despite being a college drop out who many dismissed as a loser, he was a genuinely inventive young man. In fact he became an inventor while still a teenager. He invented a revolutionary type of steam engine and immediately secured a patent for it. It was just the first of many inventions under the Westinghouse name and gave him the initial success needed to found a business.

5: His Empire Outlived Him

The Westinghouse Corporation survived until 1999, when it’s various holdings were split into several successor companies. Since his death the corporation had engaged in all kinds of ventures. They had sealed a deal to supply more than a million rifles to Imperial Russia. They had entered the aviation industry, selling hardware. In 1984 they bought a robotics company for more than 100 million dollars. Perhaps most impressively, they entered the broadcasting industry, purchasing dozens of tv and radio stations.

At one point they owned 50 percent of the media network Showtime. For 5.4 billion dollars they purchased CBS, and Infinity Broadcasting for 4.7 billion. With the fall of the Westinghouse Corporation, much of these media assets were sold to the still gigantic Viacom. Either way, there was a time when Westinghouse could easily throw around several billions of dollars on wild market speculations. Such was the legacy of George Westinghouse.

In 1895 he built the first power station on Niagara Falls. Making use of revolutionary innovations of people like Nikola Tesla and George Forbes, it was a truly incredible feat of engineering. Using the water naturally flowing by, it had a output voltage of 20 thousand. That in the late 1800s was frankly stunning. This power produced was almost entirely sent directly to the nearby city of Buffalo. The plant was so ahead of it’s time she only went out of business in 1961.

3: He Tried To Break The Laws of Physics

At one point George Westinghouse attempted to create a perpetual motion machine. A perpetual motion machine is simply a machine that could indefinitely function without an energy source. If such a thing could be invented, it’s creator would become rich and famous overnight. The problem is it’s not possible. According to the laws of physics, perpetual motion is simply impossible. In his quest to develop one, Westinghouse was informed in the most firm terms that he would never be able to achieve this, he apparently didn’t care much, and simply moved onto a new venture. But if anyone could break the laws of physics, it would be George Westinghouse.

As he grew into old age, his involvement in his various companies waned, as younger men filled that role. Despite at one time having a net worth north of 100 million dollars, it was all come crashing down. After a financial panic caused havoc in 1907, he lost total control of his company, and faded both in health and wealth until his death in 1914. The business bearing his name was still going strong. But he was barely surviving financially, a shell of his former self.

1: He Won The War of Currents

In the 1880s there were two companies with two different ways of transferring electricity, each competing to be adopted by business and government. On one side you had the low voltage Direct Current, advocated and developed by Thomas Edison and his company. On the other side you have the high voltage Alternating Current, advocated and developed by George Westinghouse. For years they attempted to outmaneuver their opponent, desperate to demonstrate that their method was safer and more efficient. It was a giant national debate, that for years involved scientists, engineers, politicians – all kinds of public figures.

What they were competing for was the chance to play a role in building America’s electrical infrastructure, which would guarantee them billions of dollars for years to come. It was all or nothing, and the competition got very personal very fast. In the end Westinghouse possessed a more efficient method of delivering massive amounts of electricity, and Alternating Current was adopted as the main method. The war of currents was over, with Westinghouse claiming victory over Edison.