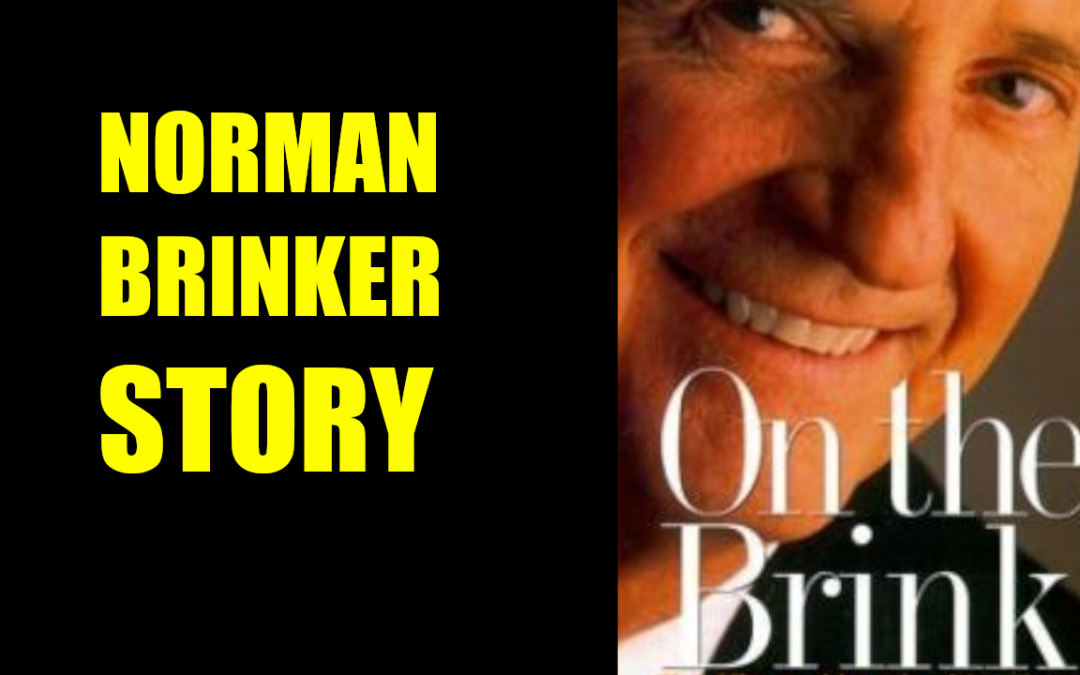 While not often remembered among others, Norman Brinker was one of just a handful of great business leaders of the 20th century. Born in 1930s Colorado to a poor family, few would have assumed this boy would go from nothing to achieve incredible things. His journey to success was long and multidirectional. But none the less it’s one we can learn a great deal from. So I thought I’d write a list of ten Norman Brinker facts. Hopefully these few facts will shed light on how he went from a poor child of little means to a giant of America’s restaurant business.

10: He Missed Out On His First Success

After graduating from collage Norman Brinker had the opportunity to work at many different kinds of company. But he chose a small chain of restaurants called Jack In The Box. A well run operation expanding at the right time in history, Jack in the box was a rapidly growing business. In short time Norman held a leadership position within the chain, overseeing much of it’s expansion. He even bought into the company, replacing one of it’s co-founders and becoming a co-owner of Jack in the box. But then he left to found his own business, selling his stake for around 80 thousand dollars. This was a large sum of money but it meant he missed out of Jack In The Box going public just a few years ago. The IPO would have made him a millionaire. Instead, he set up a small moderately successful coffee house.

9: He Was An Olympic Athlete

From a young age Norman Brinker had a love of two things: horses and sports. So it doesn’t take a genius to guess he was an active polo player. Working hard from a young age to buy his own horse, Brinker was able to practice almost every day. In his 20s he joined the US navy, at which time he gained a place on the Military polo team, which at the time was almost exclusively an army team. Distinguishing himself on the military team and continuing to improve, he actually earned a place on the 1952 US Olympic equestrian team. He was only an alternate and did not perform in the summer Olympics but it was a big achievement to have made it onto the team. Still, he would compete in several other international events.

8: Brinker Was A Self Made Billionaire

Having missed out on the Jack in the Box IPO, Brinker set out to build a chain of coffee houses. He did so, and Brinker’s coffee was moderately successful. But he was not happy with a moderately successful coffee house company. So he chose to innovate, creating a new kind of restaurant called Steak & Ale. With a certain Old English theme to it, Steak & Ale would soon be known for good quality service and a unique line of food. Servers were dressed in medieval clothing and mostly college students, which at the time was unusual. Having discovered a blueprint for a successful casual dining restaurant, Brinker pushed for aggressive expansion.

In a matter of years there were dozens of Steak & Ale restaurants in several states. By 1976 there were 113 individual restaurants and the chain was making a great revenue. In that year the company merged with another chain operator called Pillsbury, becoming a multi billion dollar company.

Steak & Ale was not the only major restaurant owned and operated by Pillsbury. Another was Bennigan’s, an Irish pub style bar also created by Norman Brinker. There was also Godfather’s Pizza and Burger King. Burger King was by far the most well known and prestigious of such chains. But Burger King had fallen on hard times and was failing to make a profit or grow in revenue. So it was decided Norman would take personal leadership over that brand. McDonald’s was dominating the market and it seemed as if Burger King was destined to shrink into bankruptcy. But Brinker was able to turn things around, making effective use of advertisements pushing the quality of their burgers.

While McDonald’s was more popular with children, young adults and teenagers really took to this new message. What followed was the burger wars, a series of aggressive attack ads traded between the two fast food chains. McDonald’s clearly came out on top, but by the end of it Burger King had grabbed a bigger market share and turned around it’s sales.

6: He Had To Start All Over Again

Before long Brinker left Pillsbury. Now without either of the restaurants he had built from scratch, he needed something new to work towards. So he joined a small restaurant chain in Texas called Chili’s. It was a popular local brand, with a good menu and recognizable logo. Now with an experienced leader in the industry to help steer it towards better things, Chili’s took off. By the early 1980s there were more than 30 locations and growth was explosive. Norman Brinker grew to love the restaurant so much he bought the entire chain. Following decades saw Brinker do what he did best, building Chili’s into a major international brand. Today there are more than 1600 locations in every continent apart from Antarctica.

As a young boy he showed promise as an entrepreneur. One day he found out one of his neighbors was giving away a group of rabbits, which gave Norman the idea of breeding and selling the rabbits for a profit. And so, at the age of ten, Norman Brinker started his own rabbit farm. But it was a disaster. The rabbits bred to quickly, and before long they were eating the Brinker family out of house and home. Norman could not possibly sell them quick enough to keep up! It was not long before his parents forced him to give away the rabbits for free. Having made a loss, Norman was determined to learn from his mistakes. So from then he began to breed dogs, knowing their numbers would be more manageable. Though a failure, it was the start of a long entrepreneurial journey.

4: Brinker’s Is Now One of The World’s Largest Restaurant Businesses

The company he founded on achieving ownership of Chili’s, Brinker’s International, has since become a global powerhouse. Today it employs more than 50 thousand workers, a market capitalization of 2.2 billion dollars, and a revenue of 3 billion. Chili’s is by far the main brand of the holding company, but not the only one. They also own and operate a small chain of Italian restaurants called Maggiano’s Little Italy, which only has a few dozen locations. In the past they have owned a series of other restaurants, including Taco Cabana, On The Border Mexican Grill, and Corner Bakery Cafe.

3: Polo Nearly Cost Him His Life

His love of polo posed a risk to Norman’s health several times during his adulthood, loving to ride fast and hard as he did. And as he grew older he did not stop. In 1993, at the age of 62, he had his worst accident of all. Colliding with another rider during a corporate polo match between Chili’s and another company, he was hospitalized. He fell into a coma for quite some time, and even when he awoke, serious head and spine injuries remained. Doctors feared he would never walk again. But Norman and his then wife Nancy Goodman were optimistic. Years of hard therapy was required but eventually Brinker made a full recovery. He lived another 16 years at the age of 78.

2: His First Wife Was A Famous Tennis Star

Norman’s marriage to Nancy was not his first. Before her there was Maureen Connolly, a famous tennis competitor. Before retiring professionally at the age of just 20 she won nine grand slam titles, achieving world wide fame. In 1952 she was ranked the number one female player in the world. She and Norman met through their love of horses, spending time together at the local stable. But it was this love of horses that ended her career, suffering a leg injury from a riding accident. Still, she and Norman would soon marry and have two daughters.

1: His Second Wife Was An Ambassador

Following his habit of marrying strong women, he wed Nancy Goodman in 1981. As Mrs. Brinker, she established a charitable foundation in her sister’s honor, who recently had died of cancer. From there her influence grew. In 1986 she was appointed to the presidents panel of cancer advisors. Then in 2001 she was appointed to serve as US ambassador to Hungary. Later she would be Chief of Protocol of the United States.