10 Greatest Victorian Entrepreneurs (And How They Got Rich) 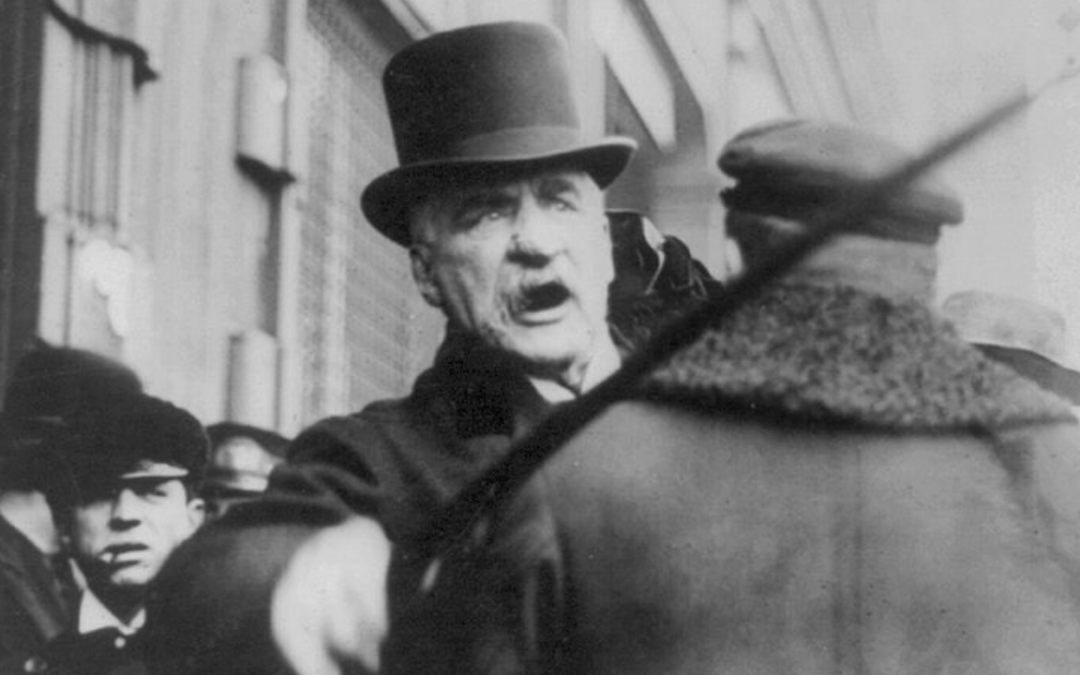 Victorian entrepreneurs are the unsung heroes of a world that no longer exists. The Victorian era was the time period that Queen Victoria held the British throne, from her ascent in 1837 to her death in 1901. By pure chance of history, some of our world’s most important advancements in science, technology and connectivity unfolded during this time period. Like all great eras of advancement, there were countless great individuals ready to help forge the new world.

There were scientists like Charles Darwin, engineers like Isambard Brunel – and of course, entrepreneurs. To this day some of the most influential people in the history of western civilization were Victorian entrepreneurs. They took advantage of this unique era to become titans of industry and acquire wealth on a level never before seen. Here are the stories of ten great Victorian entrepreneurs and their paths to success. 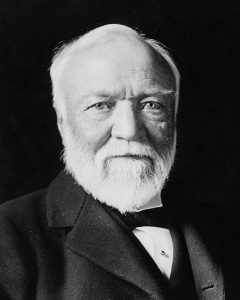 Few people have never heard of Andrew Carnegie. The little Scottish boy who grew up to become the world’s richest men. In fact, there’s a chance he might have been the most wealthy person to ever live, with a fortune the equivalent of over 300 billion in modern money. So how did he achieve this? Growing up poor, his family moved to America when he was just 12. Finding a job as a telegram operator, he impressed executives at the Pennsylvania railroad, and became a clerk to one of America’s top rail operators.

It was here he would learn how to run a large business and how to invest. Knowing that steel would be the material of industry in this new age, he set up his own steel plant, and used his connections to sell directly to railway companies. This method made Andrew Carnegie millions of dollars. In 1901 he sold the Carnegie Steel Company to JP Morgan for 480 million dollars. That was just one of his many business interests. John Jacob Astor was the first multi millionaire of the United States. It might be a bit of a stretch to list him among Victorian entrepreneurs considering most of his life preceded the era. Being born in Germany in 1763, he moved to America at the age of 20. He had no money or education, but had heard the fur trade business could make a man rich. So he set out as a fur trader. Apparently he would get people drunk so that he could buy fur from them on the cheap, then sell such pelts for a profit.

By the start of the Victorian age, his fur trading company was the world’s most successful. He exported fur across the world, even to China and India. In return for the fur he would be given spices and other valuable goods, that could then be traded in the west for an even larger profit. John Jacob Astor was considered one of the world’s most shrewd entrepreneurs. At age 71 he sold his entire fur company and invested the profits in Manhattan real estate. Understanding that Manhattan would one day became a vastly wealthy part of New York, he bought up undeveloped farmland in the area, banking it would soon be in demand.

At the time New York was growing rapidly, both in population and in economic terms. Thanks to his foresight and risk taking, he was among the cities biggest land owners. On his death in 1848 he left behind a fortune of at least 20 million dollars. From then on, the Astor name would be associated with great wealth and prestige.

Alfred Harmsworth was a massively influential newspaper tycoon, owning both the Daily Mirror and the Daily Mail. He had a reputation for buying failing newspapers, and by use of populist yellow journalism, bring them back to profitability. He designed popular newspaper content aimed at working class audiences, rather than the middle and upper class demographics newspapers traditionally catered to.

By doing this, he extended the scope of the industry massively. It also gave him massive social and political influence, especially after the Victorian era when in the run up to world war one. With his papers pumping out a constant stream of anti-German propaganda, the British government made him the head of such field in 1918. He was so effective in this job that Germany tried to have him assassinated. Alfred Harmsworth was even made a lord in 1904. Unlike several on this list, JP Morgan didn’t come from nothing. He was born into a life of privilege, and learned all about business from his father. Yet he had the determination of a man born into a lesser position. As an adult, he went into business with his father. With America at the time being developing and suffering a lack of funds, they looked to Europe for investors. Over time he gained a reputation for being reliable and always making money for his investors.  After a while of success, he once again turned his attention back to America.

Seeing rail roads as an industry about to blow up in the United States, he went all in. Before long he owned 60 percent of America’s railroads. Countless companies, settlements and politicians relied on his railway links – giving him immense power. But as he gained a reputation for being a ruthless tycoon, politicians were too scared to be involved with him. Yet he remained immensely powerful, overseeing the creation of massive corporations. They included AT&T and US Steel, America’s first billion dollar company. 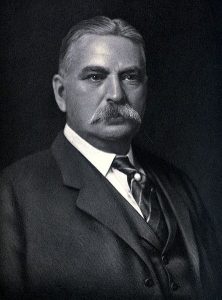 John Warne Gates made his money through barbed wire! Gates was raised on a farm, but really hated the life of a farmer. So he attempted many ways to make money outside of it, and explored all kinds of business opportunities. As an adult he created barbed wire, and – being a farmer – knew exactly who to sell it to. He sold hundreds of miles of barbed wire and constantly expanded through strategic partnerships with hardware stores. Eventually his barbed wire company moved into the steel business, which he soon made a killing in, using his ever reliable flare for business. Gates went on to sell the entire company to JP Morgan and became the president of an oil business soon to be known as Texaco. 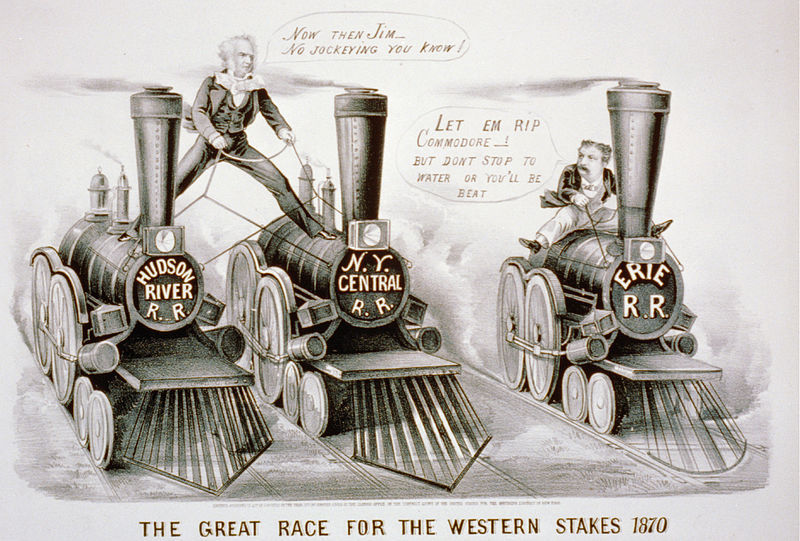 The name Vanderbilt has gone down in history the way only a handful ever have. Just the mention of the name conjures up images of America’s gilded age. Born in 1794, he was raised on a farm on the small island Staten island. As a child he came into the possession of a small boat and began charging people money to take them to mainland America and back. Gradually this grew into a healthy little ferry business. Vanderbilt bought more, bigger boats until he had a fleet of steam ships. Facing bigger competitors, he began offering super cheap trips and using populist language to demonize other ferry companies.

Eventually the rivals paid him a small fortune just to not compete with them any more. So he went into railroads, building one of America’s first rail road network, a large interconnecting system if rail links. Cornelius Vanderbilt built the largest and most powerful rail line in the entire world. His foresight had paid off, and when he died, he left behind a fortune of over 100 million dollars. But this was just the start of the Vanderbilt story; it would become one of the most powerful dynastic families in all of human history.

Although lesser known than the other Victorian entrepreneurs on this list, Cyrus W. Field was in possession of one of the greatest minds I have ever written about. He is the man responsible for the first ever telegraphic cable to stretch across the Atlantic Ocean, a task most believed to be impossible. Linking from Ireland to North America, it cut the time needed to spread information across the ocean from several weeks to several minutes. Some consider it to be the farthest leap in connecting our modern globalized world.

But it was no easy feat. He had to raise money from investors on both sides of the Atlantic, only to let them down multiple times as the cables kept on breaking while being put down below the waters. He staked his personal fortune on the line, but that still wasn’t enough. It took decades of work and pure determination to get the job done. The only shame here is that we today don’t know more about him. William Gibbs built a massive fortune on bird poop. The son of a successful trader, he was born in Spain because that’s where the family trading business was based. But as he grew into adulthood, the business began to fade and he was forced to look into other means of making money. Learning that there were islands in Peru where valuable bird poop could be found, he opened an office in Lima.

With eager consumers ready to use said poop as plant fertilizer, he had no problem selling the product after it had been sourced. Before long it was a huge trading firm, with clients across the globe. The government of Peru actually granted his company a monopoly on the trade of bird poop to Europe and North America, eliminating the competition. It was essentially a one man gold rush. By 1862, over 400 thousand tonnes had been sold. This propelled William Gibbs to become the wealthiest non nobleman in all of England. 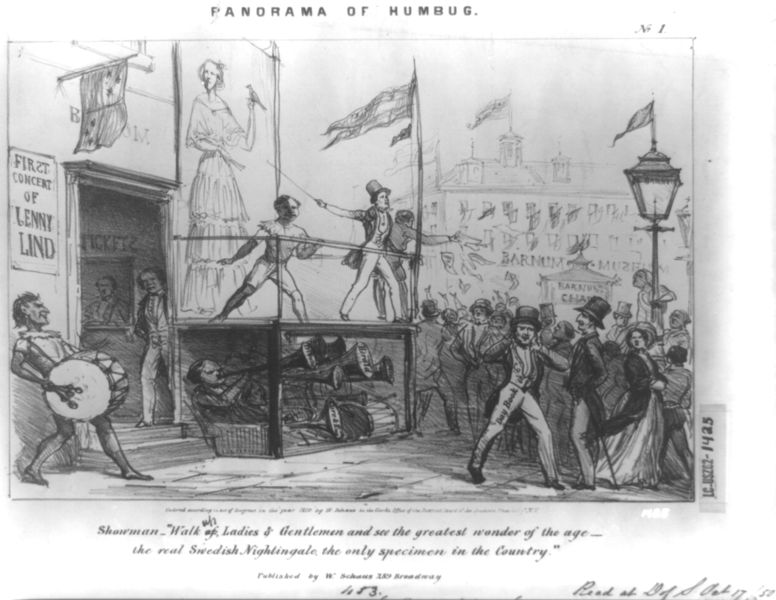 You might be right to call him a deplorable man, but P.T. Barnum was more than just a successful showman. He was one of the most respected Victorian entrepreneurs in the western world – he even wrote a book about making money. He turned the art of creating hoaxes into an industry, growing filthy rich in the process. When you think about it, there’s more to what he achieved than just being a showman. A genuine flair for business and foresight for industry trends were surely necessary for the legacy he built. 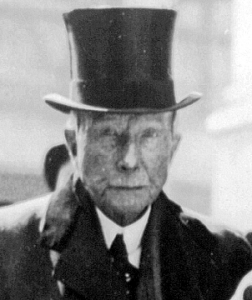 John D. Rockefeller had a difficult childhood, being raised in poverty, thanks to his useless conman father. However, he did inherit shrewdness from his snake oil salesman father. As a man, Rockefeller went into the oil business. But instead of trying to find oil himself, as most other prospectors were, he thought of a more cunning scheme. He opened up an oil refinery, so that people who already had oil would bring their business to him. The oil would then be processed in his refineries, and improved. He ruthlessly crushed and absorbed the competition, building an oil monopoly.

He demanded the railroads, who were clients of his, be slow to serve his competitors. Isolated, other refineries swiftly fell. As society used more and more oil, he made more and more money. It got to the point where his company refined about 90 percent of all oil produced in the entire world, as well as controlling more than 30 percent of all oil wells. As a result his personal fortune was 2 percent of the entire economy of the United States. Even among other Victorian entrepreneurs, who could not say John D Rockefeller was the greatest of all?