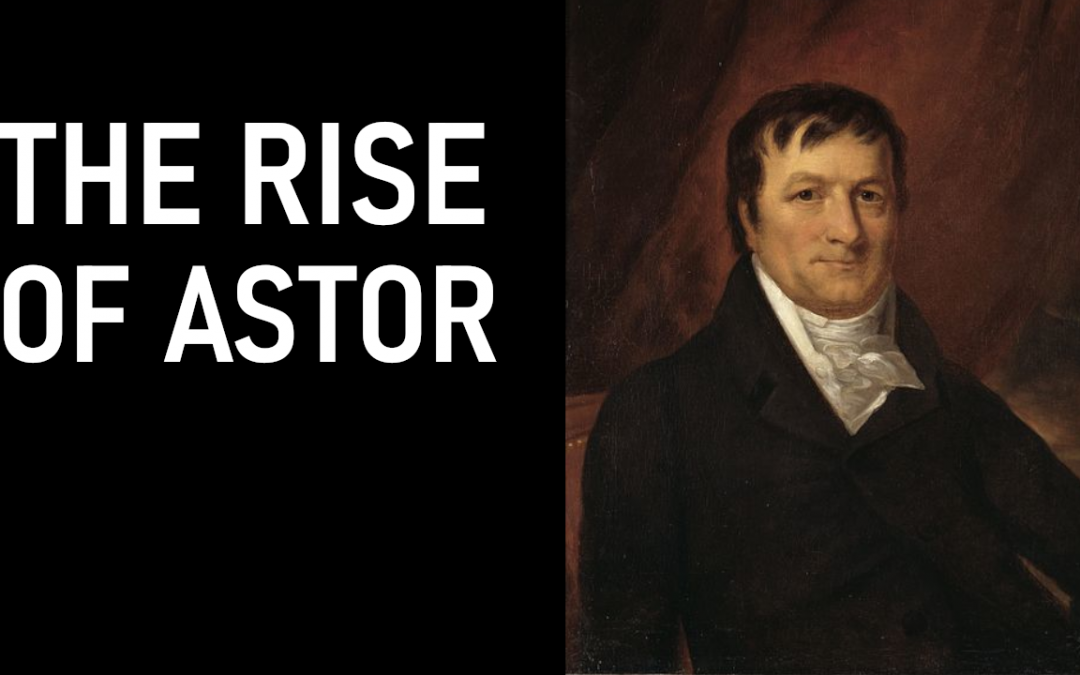 He Was Born Poor

John Jacob Astor was one of the great industrialists of his era. Born in Germany in 1763, under the name Johann Jakob Astor, he moved to England at the age of 16. Here he Anglicized his name and began working for a piano manufacturer. Though born into a poor family he was a hard worker and fiercely ambitious from a young age. Years later he moved to the United States, a young country where opportunity was abound, with the goal of making his fortune. It was unclear exactly how he planned on doing this. But one day he met a fur trader who told him all about how much money there was to be made in the fur market. From that day he had the direction to match his ambition.

He Built A Fur Trade Monopoly

Gradually he began reaching out to various native American groups across the then explored parts of America, travelling widely himself. In time he was able to buy fur from them and opened up his own store in New York City. By establishing long term relationships with the native groups he was able to be afforded a discount price on the furs. Buying them directly was more expensive than trapping the animals personally but much more reliable and secure. Before long he was exporting furs to Europe for huge profits. Astor stuck a deal with the North West Company, a huge fur trading operation based in London. By the turn of the century he had made more than 200 thousand dollars, making him one of the richest men in the business.

He Sent Furs To China

That same year in 1800 he became one of the first Americans to ship goods to China. By selling furs and other goods in China Astor became even more wealthy. Yet the backbone of his business empire remained in North America. Slowly he built a network of trading posts across Canada and the US. The result of his long planning and years of hard work was a monopoly over the fur business in the Great Lakes region. He founded the American Fur Company, rivaling the foreign companies he once worked for. Absorbing many of it’s smaller competitors, the American Fur Company became a giant corporation. By the time of his death John Jacob Astor had amassed a fortune of around 20 million dollars, which in modern dollars is more than 700 million. An incredible rise for the young boy born in Germany eight decades before.

He Founded His Own Town

Inevitably some of the trading posts and forts he established were bigger than others. The most successful tended to grow in number, attracting more merchants and soldiers looking to make quick money. One of the biggest was soon converted into a town. For obvious reasons it was given the name Astoria. As the American fur Company grew, so did Astoria, and still today the settlement exists. Now a city, Astoria is on the border of Oregon and Washington and is considered the oldest city in Oregon.

He Was A High Ranking Freemason

No list of John Jacob Astor facts would be complete without mentioning his involvement with the Freemasons. It’s unknown quite when he joined but the man was a dedicated Freemason, serving as treasurer for the Grand Lodge of New York. Multiple presidents were also Freemasons, including George Washington himself. Yet at the time people in America were highly suspicious of Freemasonry. So this association combined with the extreme wealth of John Jacob Astor made him a central figure of all kinds of conspiracy theories.

He Did Business With The Founding Fathers

Permission for him to establish the American fur Company was granted by Thomas Jefferson, who was actually president at the time. Numerous major laws were passed that favored John Jacob Astor against his competitors, including one banning foreign companies from the US fur market altogether. Other founding fathers were well familiar with Astor. At one point he bought a lot of land from Aaron Burr. It’s probably he mixed with them and other powerful men while attending masonic meetings.

A Football Team Was Inspired By Him

The part of Germany John Jacob Astor was born in is called Walldorf, and he is by far the most accomplished son of Walldorf. So when the local football team was established in 1995, it was named FC Astoria Walldorf. Still now those who live in Walldorf feel a strong affinity to him. Interestingly Walldorf is twinned with the city of Astoria.

He Did A Lot For America

Astor was the ideal kind of immigrant the United States wanted to attract, making a vast fortune for himself and giving much of it away to public causes. For 400 thousand dollars he funded a public library in New York, believing they were vital for society. Another cause he believed in was the German Society of The City of New York, a society designed to help new immigrants from Germany. He also donated a huge sum to support a poorhouse in his German home town, among other donations made over his lifetime.

In his time New York was a relatively small city, but John Jacob Astor saw what most others did not. He predicted not only that New York would be a hub of commerce and grow in size, but that Manhattan itself would be the financial nucleus of the city. So he carefully and systematically purchased land in Manhattan, believing the land would rapidly grow in value. As we now know, he was dead right.

He Founded A Great Dynasty

The wealth connections and legacy he built during his lifetime laid the foundations for one of America’s great family dynasties. Following centuries would see the Astor Family achieved huge renown in business politics and society in general. Many of them became lords in the United Kingdom and married into other powerful families. One Astor family member is currently a first cousin of Queen Elizabeth, such was the success of their marriages. Many wealthy areas of major cities have been named after the family.

There’s Astor Row, Astor Place, Astor Avenue, and Astoria – and that’s just in New York City. During the 19th century the family diversified, focusing more on long term industries like finance and real estate. It was not long before the Astor Family was collectively worth many billions of dollars. Not bad considering it all started with a poor boy in 1700s Germany. Although I will say it helped that he had eight children.