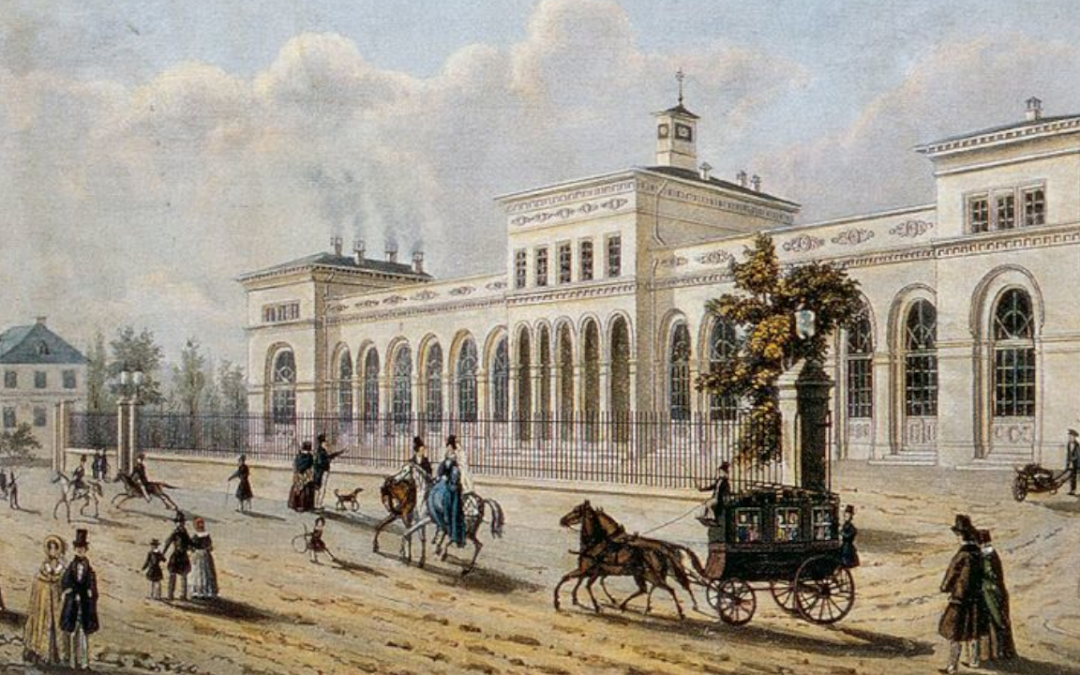 Many of the most wealthy people in history have been made in the banking industry. With so much money to be made, entire families came to be known for their prominence in banking. Perhaps the most well known as the Rothschilds. With humble beginnings in 18th century Germany, the Rothschild family slowly established themselves as personal bankers to the rulers of Frankfurt. Then they expanded in all directions, setting up banks in London, Paris, Vienna, and Naples. By the 19th century they were the wealthiest non royals on Earth, and having bought their way into the nobility, possessed many hereditary titles. But the Rothschilds were just one of dozens of powerful banking families. Today we look specifically at British banking families. Though less known than their American counterparts, they are usually much older and much more integrated with the aristocracy.

Like so many prominent British families, the Barings are actually of German origin. Their family bank was founded in 1762 by the first British born Barings member. At the time London was swiftly becoming a major shipping and trade capital of the world. This positioned Barings bank perfectly to take advantage of this rise on prosperity. By 1802 bank profits were at 200 thousand pounds per year, an obscene amount of money. Going into the late 20th century, Barings was respected as the bank of Britain’s aristocracy. It might not have been the biggest bank in the UK, nor the most profitable. But their reputation ensured Barings was never in need of funds. Even Queen Elizabeth had a personal account at Barings.

But in the 1990s the entire bank was taken down by one single rogue trader. An employee of Barings, he essentially gambled with bank funds, racking up incredible losses. In the end the losses if this one single trader were too much to bare. So in 1995, Barings bank, the oldest bank in England collapsed.

Founded in 1692, Coutts & co is actually the eighth oldest bank in the world! Today it is owned by the much larger NatWest banking group, yet still controls assets worth an estimated 34 billion dollars. It was founded by John Campbell, a London goldsmith who began storing wealth for some of his clients. From there it grew organically, and James Coutts inherited the bank through marriage. It became known as Campbell & Coutts, which in following centuries experienced massive growth. Many Coutts family members leveraged their wealth and connections to achieve genuine power, becoming members of Parliament. By the mid 18th century they also became lords. As a rule, ownership of the bank could only be passed down to a Coutts family member. This meant that until 1993, the bank was led by a Coutts.

At one point the Coutts name became so associated with money it was referenced in popular outlets like Punch and Mad Magazine. But things have changed. Few today are familiar with the name Coutts. In 1990 the family finally decided to sell their stake to Natwest, accepting a more than generous offer. Today the Coutts family still posses a lordly title, with Crispin Money-Coutts being the current Baron.They remain one of the most successful British banking families, having built their fortune in the industry and only recently retired from the business.

Smith is the most common surname in England so it’s fare to say there are many Smith families. But this Smith family in particular is especially important. They are a noble family, ennobled due to their founding of Smith’s Bank. The bank was founded in the mid 17th century by the merchant Thomas Smith. It is unclear when exactly he founded it or what it’s initial activity was. But Thomas Smith was an innovative figure of early banking. The bank grew primarily through the sale of goods and reinvestment of profits, as well as through attracting investors. It was a retail bank before the term retail bank even existed, paving the way for all others. The family eventually partnered with William Wilberforce, funding a series of wide reaching trade missions across the globe.

Highly lucrative by this point, there was no stopping Smith’s bank. Like the other British banking families on this list, many members were awarded titles by the British monarch. Titles held by the family included Viscount Wendover, the Marquess of Lincolnshire, the Baron of Carrington, Baron Pauncefote, Baron Bicester, and the Baronet of Bromley. This should be no surprise. The Smith family controlled the bank until 1918, when it was sold off to the National Provincial Bank. But even after the sale the Smith family retained a significant amount of control over the company, in the form of board seats within it’s new parent company.

You’ll notice that most British banking families got their start in the same historical era. The Clifford Family is no exception. Descending from a Norman family who fought in the conquest of England in 1066, they were prominent from day one. But unlike most they used their family name to build a successful bank. But they made their money outside of England, owning a trading firm in the Netherlands and a plantation in Barbados. Only in the early 1700s did they become involved in banking, giving a loan to the king of Poland. They specialized in loaning money to wealthy individuals and institutions. Before long even major banks themselves were borrowing money from the Clifford’s. Going into the 1800s they even loaned money to the British and Danish governments.

C Hoare & Co is the second oldest bank in the United Kingdom. Exclusively service the wealthy of British society, many of the great historical figures of England have had accounts at C. Hoare & Co. Even Samuel Pepys was among their clients. It was founded in 1672 by the goldsmith Richard Hoare, who had recently taken to lending money to some of his more reliable customers. As profits grew from this side of the business, money lending became an ever more important part of his life. So he decided to found a bank. This is how the Hoare family came to work exclusively with the upper classes. They were like fixers in many ways, lending money quickly and discretely to noble who found themselves in trouble. C. Hoare & Co was a pioneers enterprise, introducing all kinds of cutting edge concepts like cashiers cheques.

Through the 19th century the bank struggled thanks to poor leadership and uncertain economic conditions. But they survived, and the situation soon got a lot better. As all the independent banks either went out of business or were bought out by larger rivals, Hoare was essentially the last big independent bank. And so they cemented themselves are primary bankers to the British elite. Only in recent years has a non Hoare family member assumed leadership of the bank, after eleven long generations. But the Hoare family remain one of the great British banking families, with a net worth of 400 million pounds and growing.