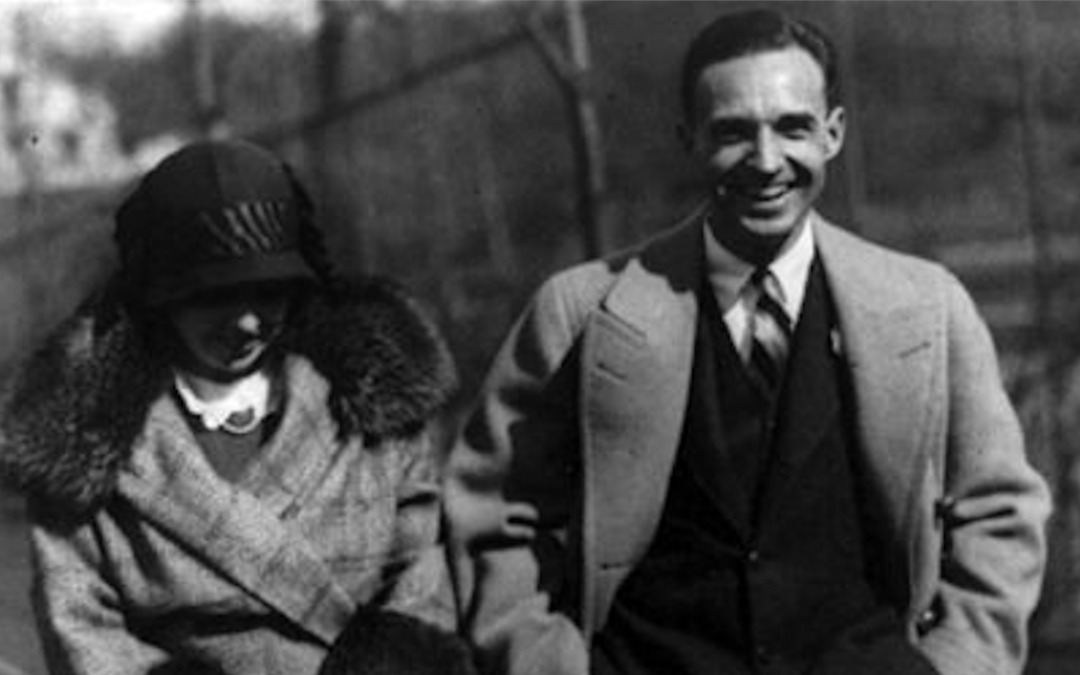 Who Was Edsel Ford?

Edsel Ford was the only child of the American Industrialist and founder of the Ford Motor Company, Henry Ford. Because of this no one was surprised when he eventually took over as leader of the company. From a young age he was introduced to the workings of the business, holding multiple positions and gradually working his way up. Instead of attending University in fact he went to work under the mentorship of his father. By constantly shifting between different management roles he gained a firm understanding of all aspects of the Ford Motor Company. In time he became a member of the board and even Vice President of the company. During the war he helped transform segments of the company to when it came to wartime production. Then in 1918 Henry Ford resigned as company president and shareholders elected Edsel as his replacement.

Edsel Ford was now one of America’s most powerful people. But with some shareholders sceptical that this young man could fill the rather large boots of his father, the share price began to fall. Seizing the moment, Edsel and his father initiated a massive buyback program. By the end of it, almost 100 percent of the Ford Motor Company was owned by the Ford family. Edsel himself owned a monumental 20 percent. More than his father ever had, Edsel desired to expand overseas, ensuring the Ford name could be seen on roads from Europe to Australia.

He Wanted To Revolutionize Car Design

But while Edsel Ford was now president of the company, Henry Ford remained the majority shareholder. Essentially this meant he was able to threaten to oust his son at any moment. To put it simply, Edsel always needed his father approval before making any major change in the company. One of the most important changes Edsel wanted was in the design of Ford car models. He wanted to introduce a new car to replace the Model T, which by that point had become boring and stale. The greater market was really beginning to move on to more slick and less clunky car designs. But the elder Ford fiercely resisted any change to the model, and was certainly against introducing a new model all together. Yet eventually even Henry Ford realized a new model was needed.

Painstakingly, Edsel designed what is now known as the Model A, with the help of a Hungarian Engineer called Josef Galamb. The Model A was more modern and better looking than any that came before it. This combined with the Ford name ensured it would be a best seller. Introduced in 1928, three million had been sold by early 1930.

His Father Publicly Humiliated Him

Until the death of his father, Edsel and Henry Ford had a very unhealthy relationship. Edsel was always obedient to his father’s wishes, but Henry did not make this east. Henry constantly shot down any of his new ideas and suggestions, and on multiple occasions publicly ridiculed him and his thoughts. Edsel always loved his father, but with their relationship being so hostile, you can’t help but think he was somewhat relieved when his father finally retired.

He Expended Into Military

By the outbreak of world war two Edsel was firmly in control of the Ford Motor Company. As one of America’s leading industrial forces, attention was turned to Ford when it came to military armament. In 1940 the US government enacted a policy of building up America’s military supplies. The prospect of was created a great demand for all kinds of things – planes, tanks, trucks, telephones, radios, etc. In order to fulfil such demand, the government contracted many of America’s largest companies to help produce wartime supplies. General Electric produced electrical components for weapons. DuPont produced chemicals and explosives. Chrysler produced all kinds of vehicles from trucks to tanks. Ford produced aircraft bombers.

Edsel Ford realised the company had real potential to produce a massive amount of aircraft, setting the company the target of one aircraft ever hour! It was a laudable effort that his country would not soon forget. But the amount of hours Edsel worked during this time had an effect on his health. He fell ill, dying in 1943 at the age of just 49. And like that, Henry ford had outlived his only child. Luckily Edsel Ford had already married and had children of his own at this point, ensuring the survival of the Ford dynasty.

Possessing an adventurous spirit, Edsel funded several major expeditions to our world’s polar regions. He financially backed the expedition by pilot Richard E Byrd to the North Pole. In 1926 Byrd became the first person to fly over the North Pole via air plane. Byrd also became the first person to reach the South Pole by air, cementing his place in history. While en route to the latter, he discovered the largest volcano in Antarctica. These were just two of the many expeditions funded by Ford. Because of this, many areas and features in Antarctica have been named after him. These include the Edsel Ford Range, a large mountain range. Another is Ford Peak, a 6 thousand foot high rock peak.

His Name Became A Byword For Failure

More than ten years after his death, the Ford Motor Company decided to name a car after him. In the 1950s company leadership realized the car industry was radically shifting away from their model of business. In order to make up for lost revenue, they decided to make a radical shift themselves in the form of a new car model. The Edsel was designed to be typically 1950s in style, though especially flamboyant even for cars of the day. Henry Ford II, son of Edsel Ford, actually objected to the car being named Edsel, but was overruled. But radical as it was, the Edsel was a flop. Though heavily marketed as a new kind of luxury car, few people understood the concept behind it or where it stood in comparison to other Ford cars at the time.

After several years of disappointing growth figures, the Edsel was discontinued in 1960. Many now consider the name Edsel among the main reasons for the failure. At the time it was too jarring a name for such a new car. By the end of it, the Ford Motor Company lost 250 million dollars on the Edsel project – a monumental sum for 1960. In modern dollars that would be more than two billion.

He Had His Own TV Show (Sort of)

Despite being an abject failure of a car, the Edsel had a great impact on American culture of the day. Desperate for it to sell, the company tried all kinds of tactics to market the car to a wider audience. Perhaps the most direct of such was the fund and launch a tv show. Airing live on CBS, it featured celebrities like Bing Crosby and Frank Sinatra, and was literally called the Edsel Show. It was a musical talk show that won several awards and was nominated for an Emmy.

The Edsel Show was one of the top television broadcasts of the 1950s, drawing a massive audience and fantastic reviews. But while the show was popular, it failed to translate to sales of the Edsel car. With an entire television show being part of the marketing budget, it’s east to see how the Ford Motor Company lost so much money on the project.

He Was A Lover of Art

Like many billionaires of his era, Edsel Ford was an avid art collector. Unlike his father he was always artistically inclined, a source of the conflict between them. He was especially interested in collecting African art, which was highly undervalued at the time. But his most impactful interaction with art began in 1932. In that year he commissioned artist Diego Rivera to create a series of large murals based on the Ford Motor Company. Now housed at the Detroit Institute of Arts, they depict multiple scenes from within Ford factories and have gone down as some of the greatest works of art in the entire city.