How JP Morgan Built Their Empire: A Company History 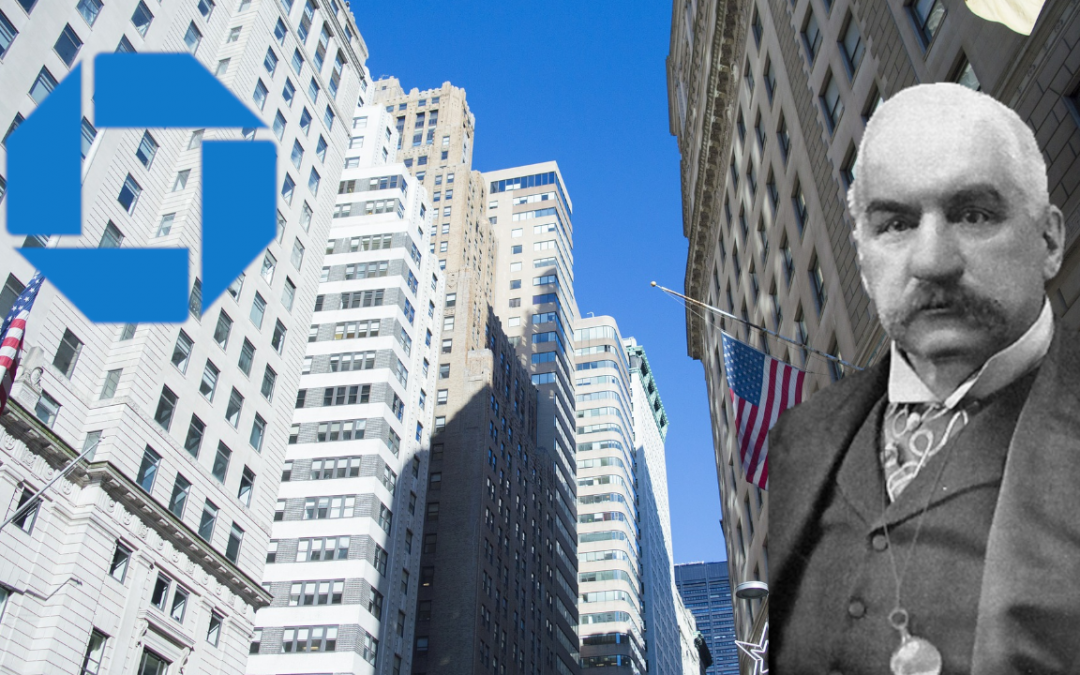 JP Morgan is the largest bank in America, with assets worth an estimated 3.2 trillion dollars! So big is this bank that if it were to collapse, it might well take the global economy with it. It’s prestige and political influence are unrivalled. And in truth it’s one of the most powerful institutions on earth. But JP Morgan was not always so rich or powerful. It’s origin goes back two centuries to a very strange man – a man who looks like an evil cartoon character. This is the story of that man, and of a financial empire that still continues to grow today.

John Pierpont Morgan was born in Connecticut in 1837. By that time the Morgan family were already influential, his father co-founding a banking firm. As a young man John worked for that firm, learning about finance and the banking industry. He also showed a natural shrewdness, coming up with all kinds of schemes to make money outside of banking. At one point he purchased five thousand surplus rifles from the government. They only cost him 3 and a half dollars each. But they were later sold back to the government for 22 dollars each, giving Morgan a massive profit. It was just one of the many scandalous deals that made him rich. With the profits, he bought a railroad in New York, realizing that by owning part of America’s physical infrastructure, he would directly profit from industrialization.

Using funds from his father’s banking firm, he built a railroad empire stretching across the continent. As railroads were the biggest business on Earth at the time, he became savagely wealthy. All this before he took over his father’s bank. That happened in 1890, by which time it was among the most successful on wall street. He renamed it JP Morgan and Company – because he was a very humble man – and got to work financing new businesses. Morgan funded Thomas Edison in establishing General Electric. He bought Andrew Carnegie’s steel empire for a billion dollars, which in those days had never before been done. So he essentially created the first billion dollar company. He also helped put together AT&T and many other corporate giants.

JP Morgan In the New Century

As an investment bank JP Morgan owned a piece of each. By gathering various smaller companies into single dominant monopolies, Morgan’s influence in business soon outgrew that of the president. He was so powerful that people saw him as being behind everything. When the Titanic sank in 1912, JP Morgan was accused of being responsible, deliberately causing the disaster for an insurance payout.

By the time of his death Morgan owned one third of America’s railways. But his true legacy would be the bank. After the death of JP Morgan, the company was taken over by his son, JP Morgan Jr. Morgan Jr focused heavily on Europe. During world war one JP Morgan was the sole bank to underwrite war bonds for the UK and France. The total sum of those bonds was around 1.5 billion dollars, which in today’s money is more like 39 billion. Because of this a German spy broke into his home and shot him twice. Amazingly he survived, living to see the bank profit from both world wars. He was the last Morgan family member to lead the company. But his son established another major bank, Morgan Stanley.

From the 1940s onward though JP Morgan began to shrink, falling to just be another moderately sized bank. It was only in the 1990s it would regain a position among America’s largest banks, focusing once more on the investment side of banking. Today J.P. Morgan has the second largest hedge fund in the US, and the third largest in the world. On top of it’s own 3.2 trillion dollars, the bank safeguards around 27.5 trillion, and is the world’s most valuable bank by total capitalisation. But I have only told half the story.

The modern version of the company is called JP Morgan Chase & Co. As the name would suggest it was formed when J.P. Morgan merged with a series of other banks. The most prominent of such was Chase Manhattan, which is actually the single largest component of the corporation now. It’s origin goes back to 1799 when founding father Aaron Burr established the Manhattan Company. Burr claimed it’s purpose to be improving the water supply in Manhattan. But that was his way of hiding the fact he was founding a bank. Soon the Manhattan company received a charter for banking and raised two million dollars. Following centuries saw the bank grow slowly but surely, controlling 300 million dollars by 1928.

Then in 1955 it merged with Chase National, becoming Chase Manhattan. This was just one of many mergers as Chase Manhattan grew by absorbing other banks. For a time it was the world’s largest bank. By the mid 1990s their total assets were valued at 300 billion dollars, ten times that of just a few decades earlier. In the year 2000 Chase Manhattan acquired the much smaller JP Morgan. While chase was the dominant partner they agreed the Morgan name was more prestigious and gave it priority. And so JP Morgan Chase was born.

It’s unclear what the future will hold for the bank but they are increasingly digitizing their business model. They even plan to develop a cryptocurrency – JPM Coin. If such plans pay off their growth so far may just be the beginning.