PT Barnum: The Genius Showman And His Life Story 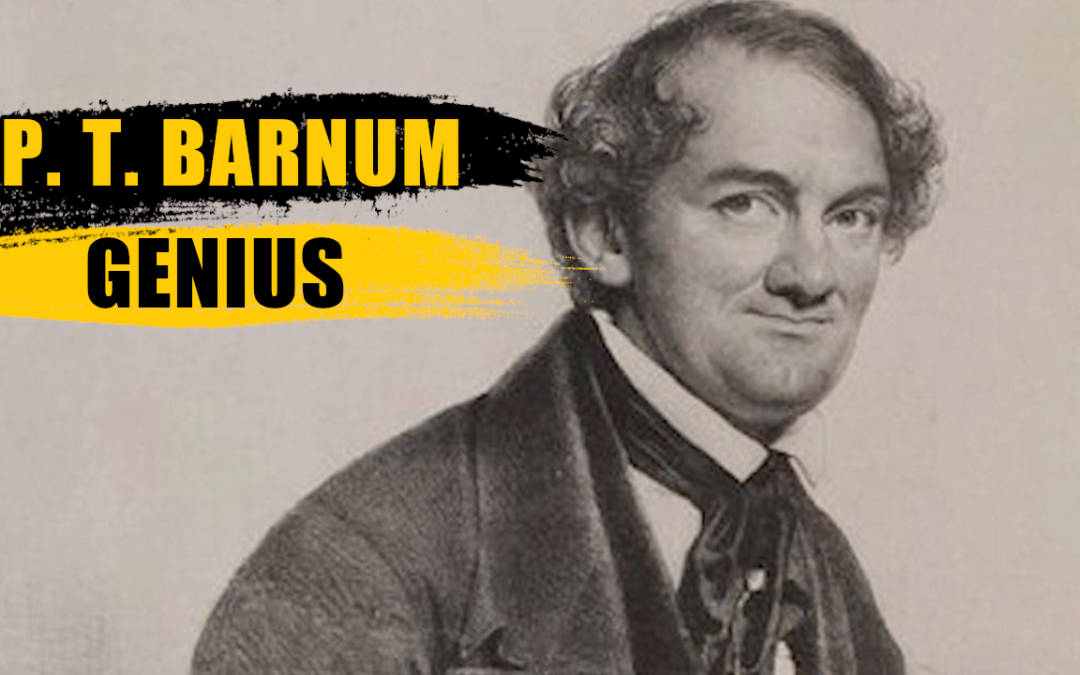 In 1880 a book was published called “The Art of Money Getting”. Though distinctly of it’s time, it was in many ways a precursor of modern self help books, broken down into 20 golden rules of making and maintaining wealth. Basic rules like avoid debt and guard your reputation. Emerging in America’s gilded age, it became quite influential. But almost no one today has even heard of it – let alone read it. The author of that book: P.T. Barnum. Barnum is remembered largely as little more than a showman who built a personal fortune on cheap hoaxes and exploiting vulnerable performers. But as always the true storey is much more complex. This is that story. The story of a man who built a financial empire on sideshow attractions, lost it, and made it back.

Phineas Taylor Barnum. One of five siblings, he was born in Connecticut in 1810. His father an innkeeper, they were not a rich family, but had more than most. Yet Barnum only received a basic education, instead learning from his grandfather who taught him how to operate lottery schemes. As an adult he attempted all kinds of business ventures – running a regular lottery, opening a store, even founding his own newspaper. For a while all was well. But in 1834 the lottery was banned in his home state, and his other businesses suddenly failed. In a matter of months he’d gone from a local success story to a complete loser.

The Rise of PT Barnum

Barnum was desperate, so he did what desperate people do, he went into show business. But he did so in a very unusual way, buying a slave called Joice Heth. Heth was very old, in fact she claimed to be 161 years old and to have once been owned by George Washington. Now that was clearly a lie. She was really around 80. But Barnum didn’t care, he knew a good story when he saw it. Buying her was a big risk. He took out a loan to do so; luckily it paid off. People came from all over to see the 161 year old woman, and PT Barnum put her on show every opportunity he got. For seven months they traveled around, Heth telling stories of when George Washington was young, and of life in the 16 hundreds.

She made Barnum over a thousand dollars a week, which in the 1830s was a gigantic sum. When she died the next year he even sold tickets to see her autopsy take place live. So that whole thing was very weird. But it was the start of PT Barnum’s lifelong love of showmanship, and showed he could make good money through it. He spent years promoting all kinds of exhibits: jugglers, magicians, exotic animals, midgets, anything or anyone that would draw a crowd. Then in 1841 he bought an old museum, renaming it “Barnum’s American Museum”.

He realized that the word museum brought with it a legitimacy that the term sideshow simply did not. But make no mistake, Barnum’s museum was more sideshow than anything else. And he promoted it as such, decorating the exterior to be a giant advertisement. For 25 cents you could see some of our world’s most bizarre oddities. Including some human oddities – pinheads, human skeletons, bearded ladies, giants. He believed the best way to guarantee long term profit was to pack the museum with as many exhibits as possible. Among the most popular were Chang and Eng, the original Siamese twins. But the most notorious was the Fiji mermaid, the corpse of a strange creature native to the waters near Fiji. Word of this monstrous hybrid animal soon spread, with Barnum plastering it’s image across the museum.

He paid for all kinds of news stories to be written about it. Some praising it’s discovery, others calling it a hoax, as to artificially create maximum controversy. In reality it was a hoax, created decades before by Japanese fishermen, who fused half of a monkey torso to a fish tail. Again, this blatant hoax paid off. Thousands came to see the Fiji mermaid, often travelling from far and wide. But somehow it seems to have disappeared. No one knows what happened to the Fiji Mermaid Some believe it was sold to a private collector. Others say it was destroyed in a fire.

The End of An Era

It was 1865 and the fire was so great it put the museum out of business. Countless artifacts were ruined by the blaze and many animals burned to death inside. One tiger was able to escape it’s enclosure and ran out into the street, only to be killed outside by a fireman wielding an axe. It was a suitably bizarre end for such a ridiculous establishment.

In it’s 24 years of existence it was visited by 38 million paying customers, making PT Barnum rich beyond his wildest dreams. But around this time Barnum made a series of terrible investments, pushing him into debt. His biggest mistake was to buy 50 Acres of land, on which he planned on building a new city. But many involved in the project were basically conmen and it was a complete failure. PT Barnum was now a bankrupt laughing stock, and would not be debt free for another ten years. This was not the first time he lost everything, but given his massive success, stung worse than ever.

It would be ten years of misery, but taught him an important lesson. One of the 20 rules of his book: Now matter what, avoid debt. Still, Barnum was no fool. He returned to the methods that first made him wealthy. He discovered new acts like the Giantess Anna Swan, standing 7 feet tall – and the dwarf George Nutt, standing less than 3 feet.

The Redemption of PT Barnum

Slowly but surely he regained his wealth and standing, and continued to find new ways to apply his talent for marketing. Remembering that animals had been the prime attraction of his museum, he went into the circus business. Partnering with ringmaster James Bailey, he founded the Barnum and Bailey Circus. Bailey has founded America’s first circus and now Barnum re-invented it, making it bigger and bolder than ever before. They literally billed it as “The Greatest Show On Earth”.

Barnum made use of all he knew about showmanship, promoting the shows in almost every way possible. He even wrote children’s books featuring the animals and performers. Their most famous attraction was an enormous elephant called Jumbo. It’s unclear how big it really was but they marketed Jumbo as the largest elephant in the world. With dozens of others they paraded it through the streets publicly. Jumbo became so famous his name came to be an adjective for very large, and the Barnum and Bailey circus made millions.

PT Barnum has regained all he had lost and more. But commercial success wasn’t enough to satisfy him. A long time anti-slavery advocate, he entered politics just a year after the US civil war. He was elected to the Connecticut legislature, and eventually became the mayor of Bridgeport. At one point he even considered running for president. The guy was a legend.

Legacy of A Showman

Into his final years Barnum helped establish hospitals, institutions and companies. Some of which still exist now, until he passed away in 1891, exhausted from a lifetime of intensity. It could be said Barnum was like any showman or any great innovator of his era, only more intense.