The Biggest Company In Alberta – Enbridge 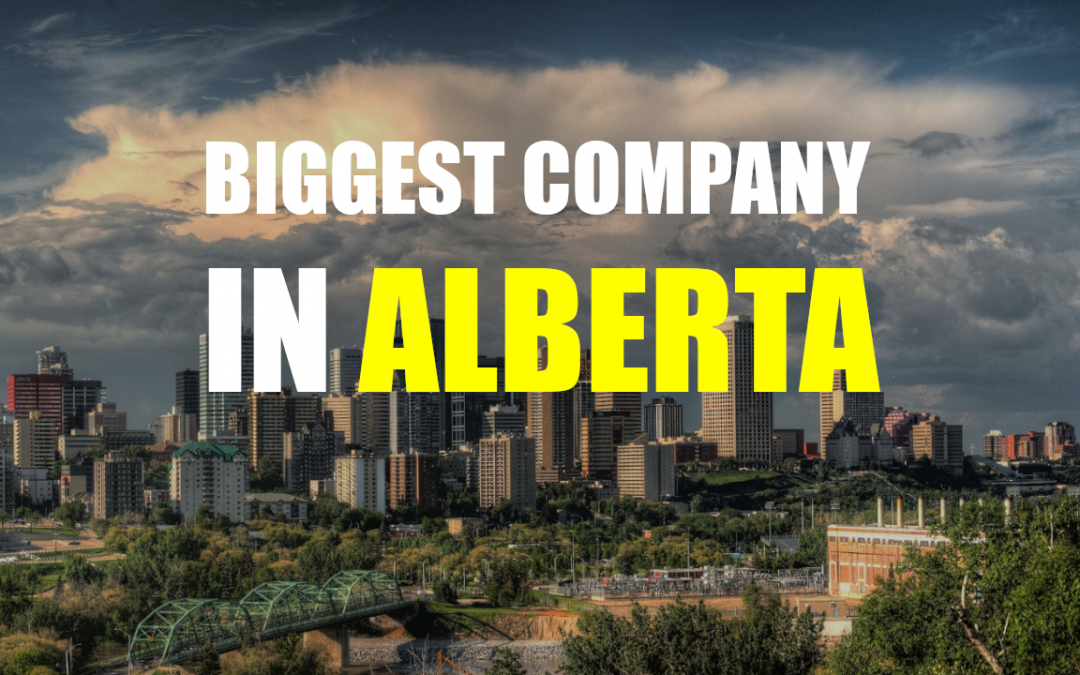 Known as the Texas of Canada, Alberta is one of the more distinct Canadian provinces. Sandwiched between British Columbia and Saskatchewan, the natural wealth of this region has long driven people to settle here. From the early days of settlement it was the fur trade, then logging and agriculture. However it was the huge deposits of oil and natural gas here that made Alberta a modern industrial powerhouse. Famous for it’s vast oil sands, more oil can be found here than in the land oil reserves of the entire world combined! And the among of oil extracted from the area thus far has only just scratched the surface. So it’s no surprise a series of large cities have grown in the area. It is also no surprise that the biggest company in Alberta is an energy giant.

But the economy of Alberta is not just oil. For several years it has been ranked as the most free economy in Canada, attracting ever more startups in ever more industries to base their operations here. Still, this article is not about young tech startups. It’s about Enbridge, the single biggest company in Alberta.

In 1947 the first major Canadian oil strike was made in Alberta, sparking a boom economy that would rapidly transform the province. Two years later the Interprovincial Pipe Line Company was established, soon building a pipeline from Alberta to Saskatchewan, hence the company name. By specializing in pipeline building, they did not need to buy or sell oil. Instead they simply transported oil owned by other companies for a set fee, guaranteeing a constant stream of revenue. Slowly over the next few decades they built a network of pipelines reaching across Canada, knowing that the more pipelines they had the more profit they could generate. In time the pipelines reached into America, penetrating the biggest market for oil on earth. Then in 1983 it merged with the Frontier Pipeline Company, becoming the premier oil transportation business of Canada.

Recognizing it’s prominence in the oil business, company leadership changed it’s name sever times during this period. First to Interhome Energy before finally returning to the Interprovincial Pipe Line Inc in 1991. Yet still the leadership was dissatisfied with that name, changing it once more to Enbridge seven years later. From then Enbridge grew largely by absorbing other pipeline operators. This not only made it the biggest company in Alberta, it gave Enbridge a global presence, slowly expanding outside of North America. This began in Colombia when they purchased a share of the massive Ocensa Pipeline. But that was just the beginning of something much bigger.

As The Biggest Company In Alberta

One of the most recent purchases of Enbridge took place in 2016, when they absorbed Spectra Energy for a whopping 28 billion dollars! While it was an all stock deal, the ability to give away 28 billion in stock for one single merger shows just how large Enbridge has become. Spectra is a major player in the Texas energy market, giving Enbridge even greater access to the Gulf of Mexico.

Today Enbridge has the capability to transport 2.2 million barrels of oil per day, by far making it the largest oil transporter in Canada. They also possess the largest oil pipeline system on earth. They employ more than 11 thousand people and still seem to be growing rapidly to this day. Enbridge has made countless fortunes, boasting a revenue of almost 33 billion dollars per year.