The Biggest Company In Delaware – DuPont 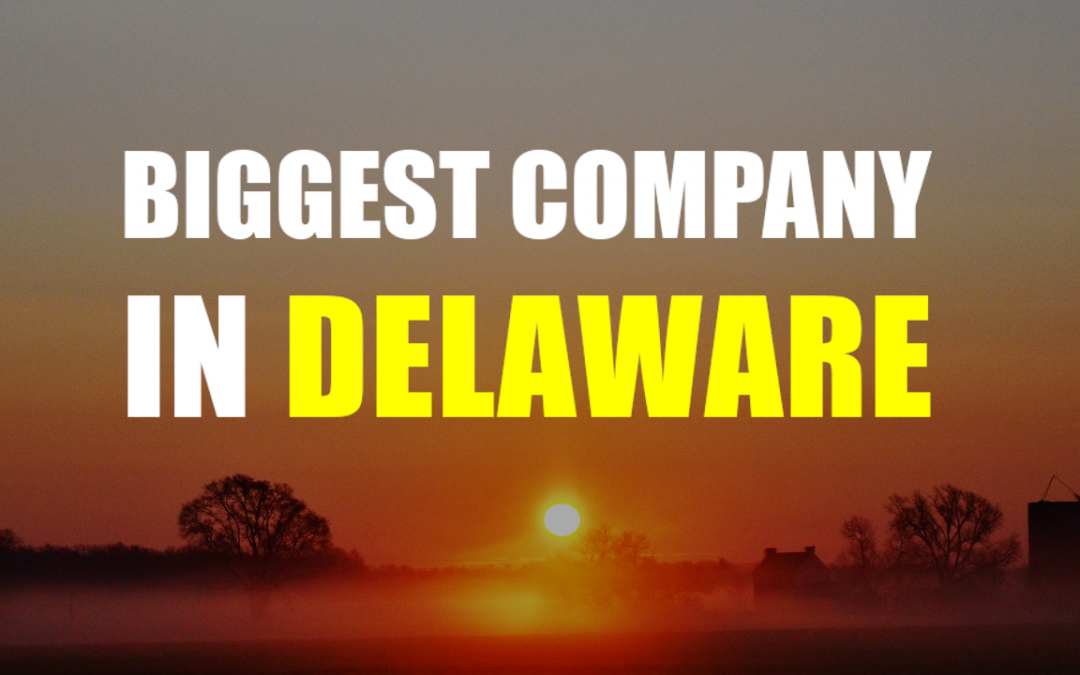 Delaware is a truly small state, in fact it’s the second smallest by land area and sixth smallest in terms of population. Yet historically Delaware has been vitally important, being one of the 13 original colonies of America, and the very first state to ratify the American Constitution. But while other states have eclipsed her when it comes to population growth, Delaware today has a population of just 970 thousand. Perhaps this small population has made Delaware attractive to wealthy residents, giving the state a reasonably high average income. Large companies too call this state home. But what is the biggest company in Delaware? The answer to that is DuPont, and this is it’s story.

The Rise of DuPont

DuPont Inc was created in 2017 as a merger between the Dow Chemical Company and another company also called DuPont. The original DuPont was founded in 1802 by a French chemist living in Delaware. A wealthy man, he had fled France during the revolution and sold his possessions in order to found this new company in America. Typical of a chemist of the time, he produced and sold gunpowder, as it was an already large and ever growing market. With his extensive background in the industry in France, his company soon became the largest provider of gunpowder to the US army. Over time the company moved into new areas of business, at first only producing various kinds of explosives. In time they gained a virtual monopoly on America’s explosives industry. But they gradually expanded into producing other forms of chemical product.

They hired leading scientists of the 20th century who created new rubbers and materials, which DuPont then profited from. One of such materials was Nylon, an incredibly useful product even to our modern eyes. This allowed them to grow to new heights during the second world war, when a greater need for materials than ever before swiftly emerged. It’s impossible to overstate the impact the DuPont company has had on the field of materials science. After the war they invented and patented more and more materials, making the company ever more vital to American industry. But still their main focus was on the military. DuPont developed revolutionary new bullet proof vests and flak jackets. Much of the modern body armour used today owes it’s existence to DuPont during this era. Then in 1981 DuPont purchased an oil and gas corporation, signalling a turning point in company history.

Becoming The Biggest Company In Delaware

By the 21st century, DuPont had already become the biggest company in Delaware by far. At the same time, there was another gigantic corporation in Michigan called The Dow Chemical Company. It was founded in the late 19th century by the chemist Herbert Dow. To begin with Dow only sold a select few products of basic chemical solutions, like bleach. But just a few decades later his company was a leading supplier of all kinds of chemicals, especially those to be used in farming. As much of America was still rooted in agriculture, hefty profits were made. But when world war one broke out, there was a whole new interest in chemical warfare. The Dow Chemical Company sold massive amounts of chemical materials to the US military. Much like DuPont, this swiftly pushed Dow to new levels of profitability.

Then after the war they expanded further, producing and selling ever more chemicals to ever more clients. In the 1950s they began selling consumer products, rather than just to industry and government. By 1971 they profitability hit 2 billion dollars. Nine years later it was 10 billion. The Vietnam was came as a stroke of luck for Dow, with them a major supplier of Napalm and Agent Orange to the US military. Unsurprisingly, such a controversial product came at a high price. Today the Dow Chemical Company is among the top three largest chemical companies in the entire world. They employ 54 thousand people, possess a revenue of more than 60 billion dollars, and operate in almost every country on Earth. Now all that alone in impressive. But you must remember that Dow is but one part of DuPont Inc.

Since the merger in 2017, DuPont has boasted a total annual revenue of more than 85 billion dollars! They employ around 100 thousand people, and operate all across the world, from Mexico to India, all from their headquarters in Delaware. It’s no surprise to see them named the biggest company in Delaware at all. In the Fortune 500 list, DuPont Inc currently ranks 35 and has the potential to rise even higher. The number of separate brands and businesses DuPont owns is frankly showing, operating in an almost countless number of different industries. Yes, in the sleepy Delaware city of Wilmington is a true titan of American industry.