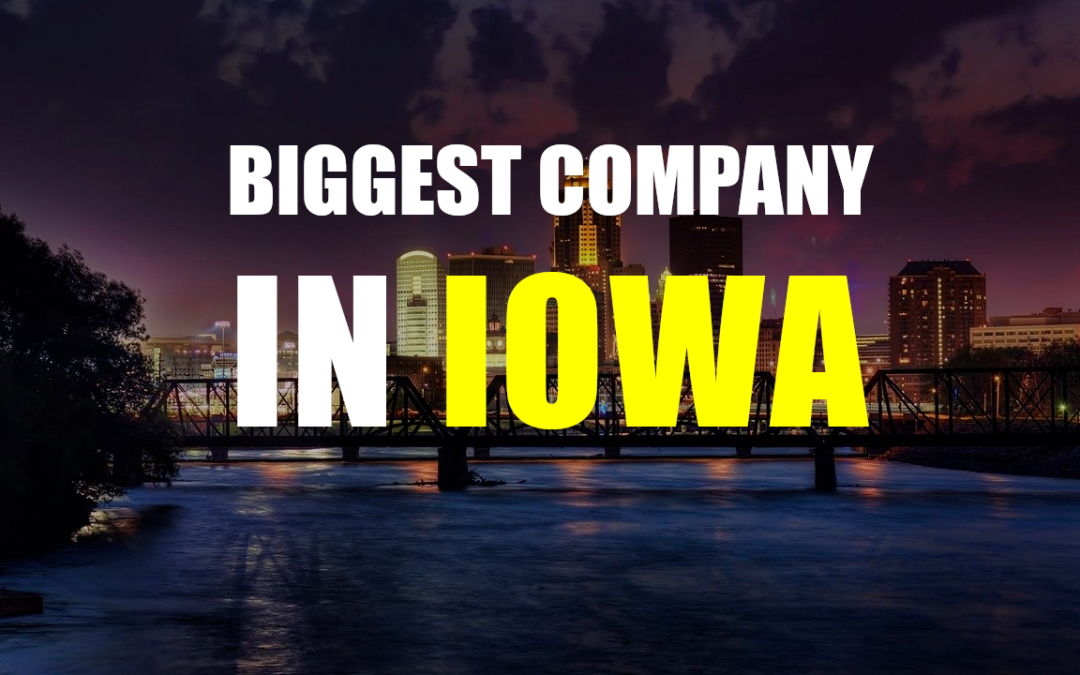 Iowa is not exactly the most wealthy or populous state in the union. However it has long been a reliable state, with a stable economy and political climate. At the heart of America’s corn country, Iowa is deeply rooted in agriculture. Recent decades have seen steady increase in the organic farming industry of Iowa, the states traditional bedrock sector. Iowa actually produces about 20 percent of America’s corn, 15 percent of it’s soybeans, and 14 percent of it’s eggs. But it’s not just farming. Roughly a fifth of the state’s economy is now driven by manufacturing. And then there is healthcare. But the biggest company in Iowa is not a part of any of these industries.

As it happens, this state has been consistently ranked among the most attractive to do business in. Because of this, a number of firms have been founded or relocated here in recent years. Of particular interest is the state’s financial sector. More than six thousand financial and insurance companies are now based here. Among them are some of the most successful companies in all of America. Some examples are Bureau Financial Services, Rockwell Collins, and Principal Financial Group – the biggest company in Iowa. This is the story of the latter.

This company was founded all the way back in 1879, something few companies can boast. It is an investment and asset management company specializing in retirement funds. They also offer life insurance, and are ranked among the best providers in America for that service. There really isn’t much else to say about it. In their more than a century in business, the company has grown steadily over time, becoming the biggest company in Iowa. Based in Des Moines, the company employs around nine thousand people in that city alone. In total they employ more than 16 thousand. Principle Financial operate in a number of countries outside of the United States. These include Mexico, Brazil, China, Singapore, India, and many more. It is an incredibly sophisticated firm with a wide range of solutions and services for customers.

Innovation and steady growth over many decades is the only real secret to their success, growing with the American economy. Today Principal Financial has a total market cap of more than 15 billion dollars. They have a revenue of more than a billion dollars per year, and a net profit of almost 900 million. I would say that makes Principal financial Group one of the most efficient financial companies in the world. So considering it’s a public company, perhaps purchasing some stock would be a good idea to investigate… Or maybe not. You never know. Being the biggest company in Iowa and having a massive profit margin, they have in recent years been lobbying the state government. Undoubtedly this effort has been and will be helpful in ensuring this insurance company grows larger in coming years.