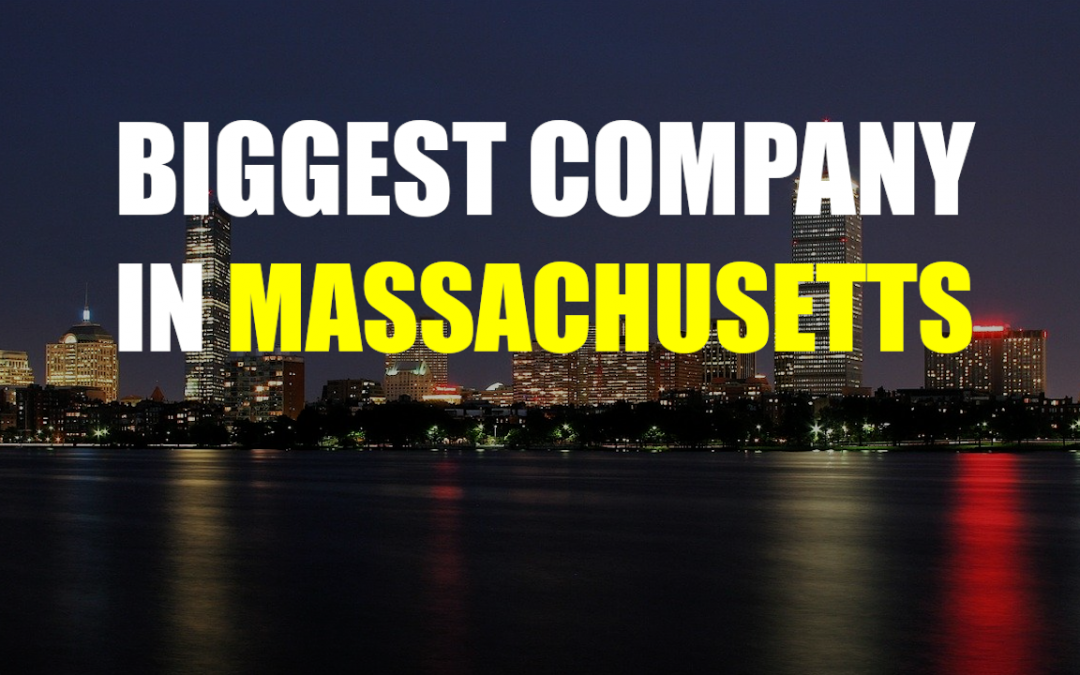 Massachusetts has long been one of the smaller states land wise, and one of the larger states population wise. As a result of this, she is the 3rd most densely populated of all American states, being home to almost seven million people. But she is also home to some of the most wealthy people in America, boasting the 5th highest household income. So why is it that Massachusetts such a hub of economic activity? Well a lot of that is down to the number of successful companies that call it home. Dozens of billion dollar companies are based in this state, including Raytheon, Kraft Group, Fidelity Investments, New Balance, Boston Scientific, Eversource Energy, and so many more. But what is the biggest company in Massachusetts? The answer the that is perhaps the best known business to ever call the state home: General Electric.

The Rise of General Electric

General Electric is a massive corporation operating across many different industries, hence the unspecific name. It was founded more than 120 years ago by some of America’s greatest businessmen – including Thomas Edison and JP Morgan. By this time Thomas Edison, known as a great inventor and pioneer of industry, owned multiple companies in the emerging electricity industry. From motor production, electrical output and lamp making, to finance and patent trading, he hap fingers in many pies. So eventually he decided to consolidate these various companies into one large corporation – the Edison General Electric company. Immediately it became one of the biggest companies in New York – especially seeing as they acquired a railroad company in their first year of business.

Within 4 years the corporations was big enough to be included on a brand new stock index – the Dow Jones Industrial Average, along with just 11 other businesses. Since that day General Electric has been a publicly traded company. The following decades saw the company expand in two massive ways. First, they continued to develop newer, better products, employing some of the greatest engineers of their day. In fact, two General Electric employees were even awarded the Nobel prize. Secondly, they expanded into new industries via acquisitions and the founding of new firms. One of the companies founded by GE was the radio corporation of America, which in turn founded the broadcasting network NBC. General electric indeed focused massively on radio during this period, realizing that it would be a gigantic industry. When the television industry emerged, they focused on that with a similar intensity.

With the first and second world war America’s military industry required an ever growing and ever improving supply of electrical components. General Electric was more than willing to supply such components. Under the new subsidiary GE Aviation, they became the world’s largest producer of aircraft engines. But this was just one of the many powerhouses pushing general Electric to massive growth. Perhaps the greatest factor that made GE the biggest company in Massachusetts is their ability to adapt to emerging industries and market trends. When the computing industry emerged during the 1960s, this was no different. Along with other giant brands like IBM, General electric became one of the biggest names in the industry, getting a jump on the competition.

They produced a series of computers, both for home and professional use, at a time when most other companies didn’t think computers would even sell many units. But their biggest breakthrough in the industry came with their development of a certain operating system. As one of the largest computer users in the world, GE knew exactly what was needed from a computer, and developed their products accordingly.

The Biggest Company In Massachusetts

Going into the 1980s, Jack Welch became CEO of General Electric. He was to radically transform the corporation, breathing new life into a business many thought was destined to decline. Under his premiership the value of General Electric increased from 12 billion to more than 400 billion! This monumental increase by far made it the biggest company in Massachusetts by a long way. Welch carefully studied new market trends, forcing GE into taking advantage of those new advantageous positions. To do this, General Electric absorbed 600 more companies. Yet Welch was also massively controversial. Each year he would fire the bottom ten percent of all managers based on their performance, causing all managers to desperately increase production.

In fact, during his first 4 years as CEO he fired more than a quarter of the entire workforce of GE. This is partly because he closed down sectors of the company that were not especially profitable so that they could double down on the areas that made the most profit. The result of this, massive growth. Under his leadership the focus of General Electric moved away from product manufacturing and more towards financial service and media. In 1996 GE teamed up with Microsoft to found MSNBC, which is now a major news network. By the time of his retirement he was known as the greatest manager of his era and General Electric was the biggest company in Massachusetts.

After his retirement, General Electric continued to acquire financial firms, bolstering GE Capital. They also massively ramped up their involvement in the health industry, through GE Healthcare. Today General Electric operates in a diverse range of industries. From aerospace and aviation to venture capital, from manufacturing to computer services, from energy to scientific research. Over the last decade General electric has massively declined, falling from being America’s 4th largest company to the 21st. However the pure scale of GE has ensured that even now after a decade of free fall, it remains a titan of industry. Strangely, it was only in the year 2016 that the company headquarters was relocated to Boston, finally becoming the biggest company in Massachusetts. So for almost it’s entire existence, it was not actually a Massachusetts based company.