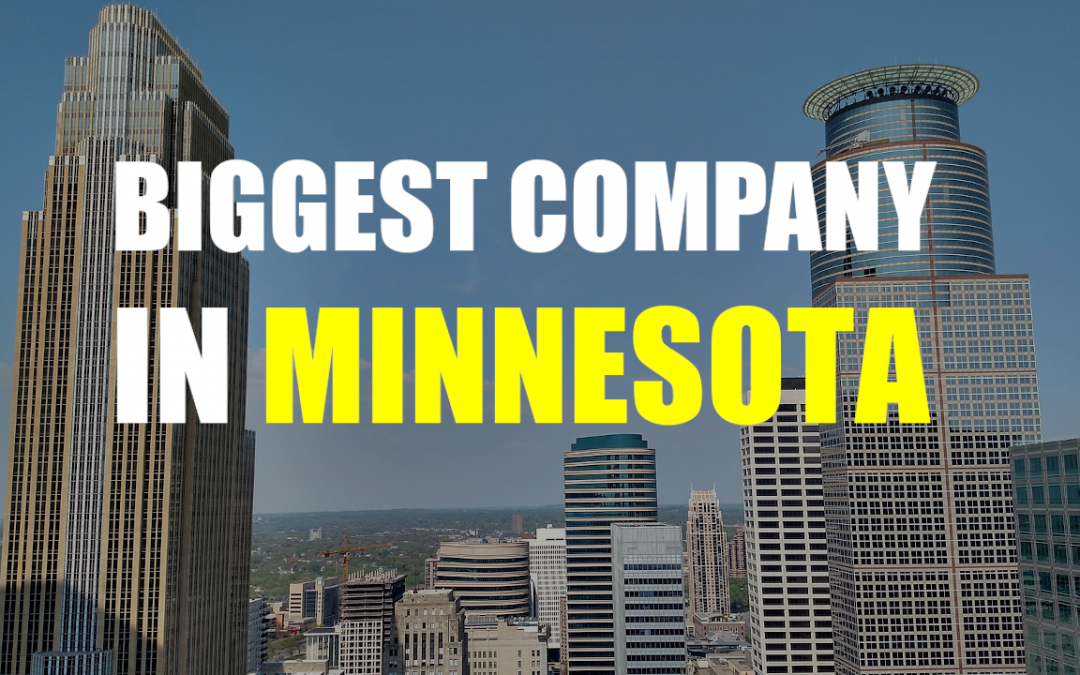 Minnesota is known to many as the “Land of a thousand Lakes”. There are no bonus points for guessing how it came to be known as this. But strangely it’s actually a low estimate. Minnesota really has more than 11 thousand lakes! But Minnesota is not just lakes. Much of the land here is rich in mineral resources. Her ample deposits of gold and oil have long attracted prospectors seeking great fortune. First there was the 19th century gold boom, making many industrialists wealthy. Then going into the next century attention was turned more to Minnesota’s large iron ore resources. The state became famous for it’s easy to extract iron deposits, producing a large minority of all iron ore on earth. While the mining industry has since declined, others emerged, giving rise to many large companies. But what is the biggest company in Minnesota?

The Rise of UnitedHealth Group

It turns out the biggest company in Minnesota is a health insurance provider. It was founded in 1974 under the name Charter Med Incorporated. Within a couple of years the small firm had grown substantially to become a known brand locally. So they decided to re brand themselves as UnitedHealth Group. Through innovative new medical insurance and medical coverage schemes, they grew ever larger. In time UnitedHealth was able to begin absorbing other companies, like MentraHealth in 1995. That acquisition alone cost them 1.6 billion dollars and it was just one of many. With each acquisition UnitedHealth grew both in physical infrastructure and in number of customers. It doesn’t take a genius to understand why it soon became the biggest company in Minnesota.

They made a series of very intelligent acquisitions in very specific industries in order to get an edge over competing health companies. An example of such is GeoAccess, a business who pioneered the use of geographical data to improve access to healthcare across America. At the time it was among the fastest growing businesses in the world, boasting a revenue north of 30 million dollars. UnitedHealth Group didn’t stop there, absorbing smaller health insurance providers across the country. Much like how Walmart grew the prominence, they often focused on gaining a hold over smaller markets, while bigger companies fought over major markets. In time this actually made them more profitable than most major providers.

As The Biggest Company In Minnesota

In 2006 they even acquired the healthcare division of the John Deere Company, one of America’s largest conglomerates. Ever year over the past decade they have been absorbing more and more assets and businesses, often in multi billion dollar deals. For a corporation to buy something at that kind of price tag it needs to come with a justifiable plan on how the merger will help improve business. With that in mind, and the sheer number of acquisitions, it’s no surprise UnitedHealth Group has grown to be the biggest company in Minnesota. In fact, one of their most recent acquisitions was for more than 4 billion dollars! Today UnitedHealth Group employ more than 300 thousand people. They have a revenue of almost 250 billion dollars per year, and possess 180 billion dollars worth in assets. Currently it is ranked #6 on the Fortune 500 list of Americas largest companies.