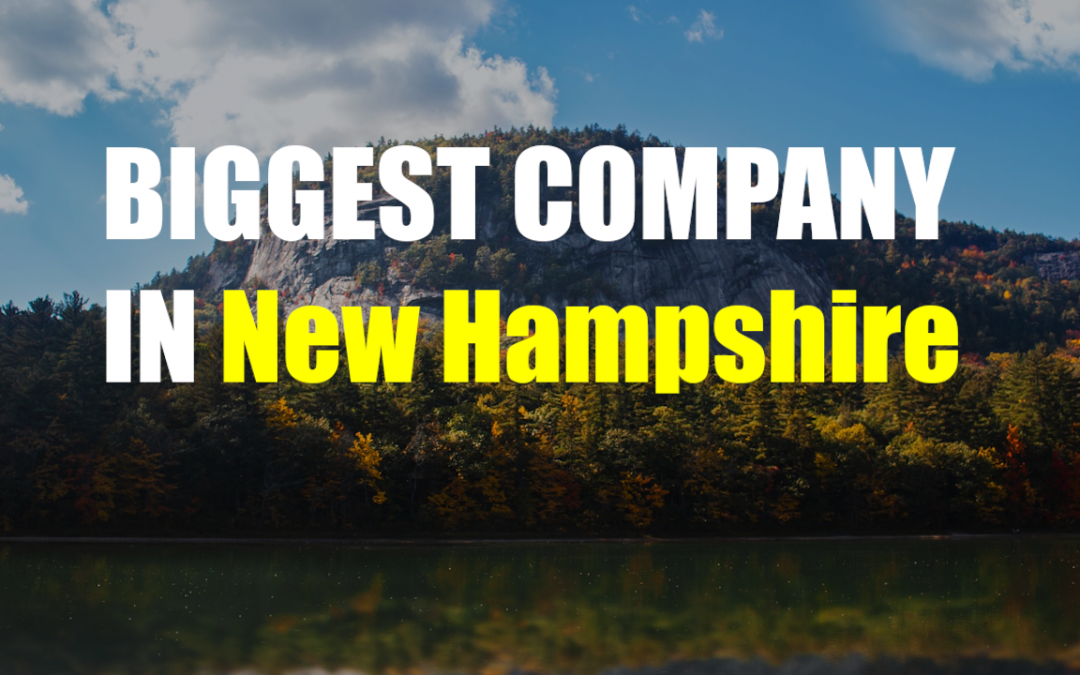 New Hampshire is among the smaller states, ranking just 46th in terms of land area, and 41st in terms of population. But New Hampshire boasts a long and rich history. She was the first state to establish it’s own constitution. Slowly over the initial centuries of United States history, New Hampshire came to be known for a number of key industries. They included textile and paper manufacturing. While not on the scale of more industrialized states, many fortunes were made here. Today is a similar situation, with New Hampshire having the 7th highest household income rank. To achieve such a rank, there obviously needs to be a number of significantly large companies within the state. They include dozens of energy, healthcare, and financial corporations. But what is the biggest company in New Hampshire?

The answer to that question is deeply enshrined in the state’s industrial history, being founded in the late 1800s and making many locals wealthy. This is the story of Sprague Resources, by far the biggest company in New Hampshire.

The Rise of Sprague Resources

It all began in the year 1870. New England businessman Charles Sprague founded a small coal mining outfit in order to take advantage of America’s new demand for energy. In a matter of decades Sprague became a leading supplier of coal not just within the New England area, but also to other countries. Through exporting coal also to the less recently industrialized European economies, they were able to achieve new levels of profitability. Capitalizing on their supply lines to Europe, Sprague established their own steamship operation. This dramatically cut the cost of transporting massive amounts of coal and improved efficiency. In time they accumulated a fleet of more than 20 ships and were regularly shipping coal across the globe. The first and second world wars catapulted Sprague to new heights, via the global war effort requiring an ever growing supply of coal.

In fact, the US government chose Sprague as the official provider of America’s wartime coal supply. Yet it was after the war that their growth truly exploded, with the post war boom in American consumerism. So the Sprague company invested in new corporate infrustructure, increasing their production capacity. Moving into the oil business, Sprague was able to jump aboard the oil boom of the 1960s and 70s. Oil actually became such a profitable part of the business that they eventually sold their entire coal operation. This was a wise move as the coal industry was clearly ready for a steep decline while the oil market was still relatively young.

The Biggest Company In New Hampshire

Following decades saw steady and impressive growth for Sprague Resources, both in terms of physical production and in revenue. Then in the 1990s the company once again shifted their business model in order to take advantage of a new industry trade. This time it was natural gas. In hindsight we see that natural gas has become a major global industry, and Sprague Resources has become the biggest company in New Hampshire. Going into the 21st century they purchased a slew of other companies and assets, specifically but not exclusively in the new England area. Their most recent acquisition was in 2017, with the absorption of Coen Energy. It is just one of many companies under the Sprague banner.

Today Sprague Resources is one of our world’s largest energy corporation. They specialize in natural gas, consumer fuel, and electricity. They are not an all encompassing firm, providing energy to less than half of all American states. But this selective focus has allowed them to gain the edge over competitors. Sprague now employs hundreds of people and boasts a revenue approaching 4 billion dollars! It is not a Fortune 500 company, unlike the largest businesses of other states. But still the size of Sprague Resources is sufficient to make it the biggest company in New Hampshire by a long shot.