The Biggest Company In North Carolina – Bank of America 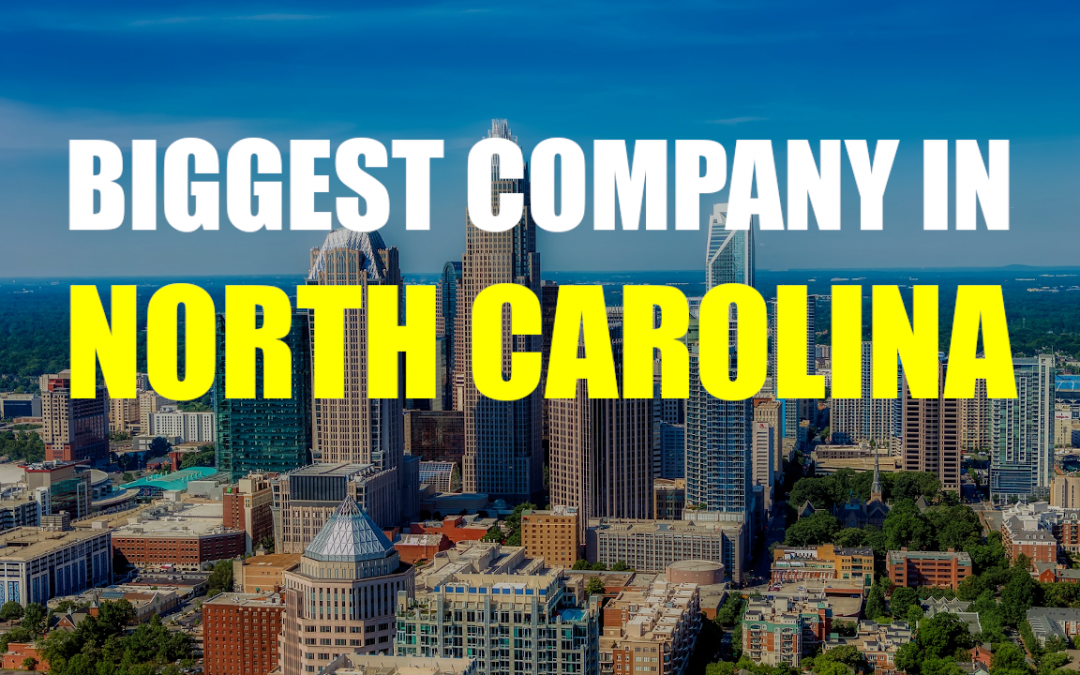 One of the oldest of all American states, North Carolina was named after the king of England, Charles I. For the first few decades of existence the state grew quickly. A slave state, her economy was deeply routed in the plantation system, much like Mississippi or Louisiana. This way of running things brought massive and swift wealth but in hindered the development of infrastructure. So after the US civil war, North Carolina found itself in chaos. Poverty crippled the region. Still, the economy eventually showed signs of recovery. A number of key industries and businesses grew steadily over time. Today much of these businesses still operate agricultural exports, but other industries include auto mobiles and finance. And it’s in the latter industry that the biggest company in North Carolina operates. This is the story of that company, the Bank of America.

The Rise of BoA

It might surprise you that Bank of America is based in North Carolina, rather than New York like JP Morgan or California like Wells Fargo. But no, the headquarters of Bank of America can be found in the city of Charlotte. But it wasn’t founded in North Carolina, or even called the Bank of America at the time. It’s origins go back to 1904 San Francisco. On that year, Italian immigrant Amadeo Giannini founded a bank that would specialize in providing loans and services to Italian immigrants just like him. To reflect this, he called it the Bank of Italy. At the time Italians were generally looked down on. But as they were a significant proportion of the population, the Bank of Italy didn’t lack for business. The bank grew quickly to become a well known name locally, especially after the 1906 earthquake that destroyed most of San Francisco.

With even his own bank destroyed, he set up a new temporary bank and provided loans to people hoping to get back on their feet. As the city of San Francisco was soon rebuilt, the Bank of Italy was able to profit massively from this period of time. In 1921 he incorporated the Bank of Italy into a new collection of banks he was building across the state of California. He called this company Bank of America, and thus the brand was born. Unlike other banks at the time, who were focusing only on servicing America’s wealthy upper class. Bank of America pioneered a new way of doing business. They actually catered to middle and lower class Americans. Although they had less wealth to do business with, there were far more of them than of the top 1 percent. And so Bank of America grew rapidly in following decades.

By 1930 they had more than 400 bank locations across the state of California, and was valued more than a billion dollars. From there on out Bank of America skyrocketed, or at least after the great depression was over. It grew to become the largest banking group in all of California, which itself grew to become a massively wealthy state. They did have some competition from Wells Fargo, another monstrous bank based in California, but BoA remained supreme here. Adapting to new technologies and market trends, they were able to evolve to suit the needs of new generations. And so, as the economy of America grew, so did their income. So at this point you’re probably wondering how a Californian bank could be considered the biggest company in North Carolina. Well that’s a long story.

It was only in 1983 that Bank of America began to expand outside of California, when they acquired a banking company in Washington state. So going into the 1980s they might have been at a disadvantage to larger banks, they had a strong foothold in California by now. And fear not, the coming 1980s and 1990s boom in financial industries would give Bank of America a chance of explosive growth.

But seizing the moment, they did take a lot of risks, most notably their large loans and investments in the developing world. Come to the 1987 stock market crash and Bank of America took a significant hit. The hit was so large BoA ousted it’s CEO at the time. However they were still in a very good position to capitalise on new market growth. Going into the 1990s Bank of America was among the most profitable and rapidly expanding forces in American finance.

Now, Bank of America began a process of rapid expansion. Strategically acquiring other businesses in finance and banking, they gained a large footprint on certain markets. Usually they focused on large cities like Chicago, Boston, and Dallas, knowing that’s where banking made it’s real money. It’s first major absorption of a company was the Continental Illinois National Bank and Trust Co, which was the 7th largest bank in the United States. Illinois at the time had extremely strict regulation of the finance sector, meaning competitors has almost no chance to take on the Continental. The acquisition gave Bank of America an iron grip on Chicago, one of America’s most wealthy cities. It was just one of many acquisitions during this era.