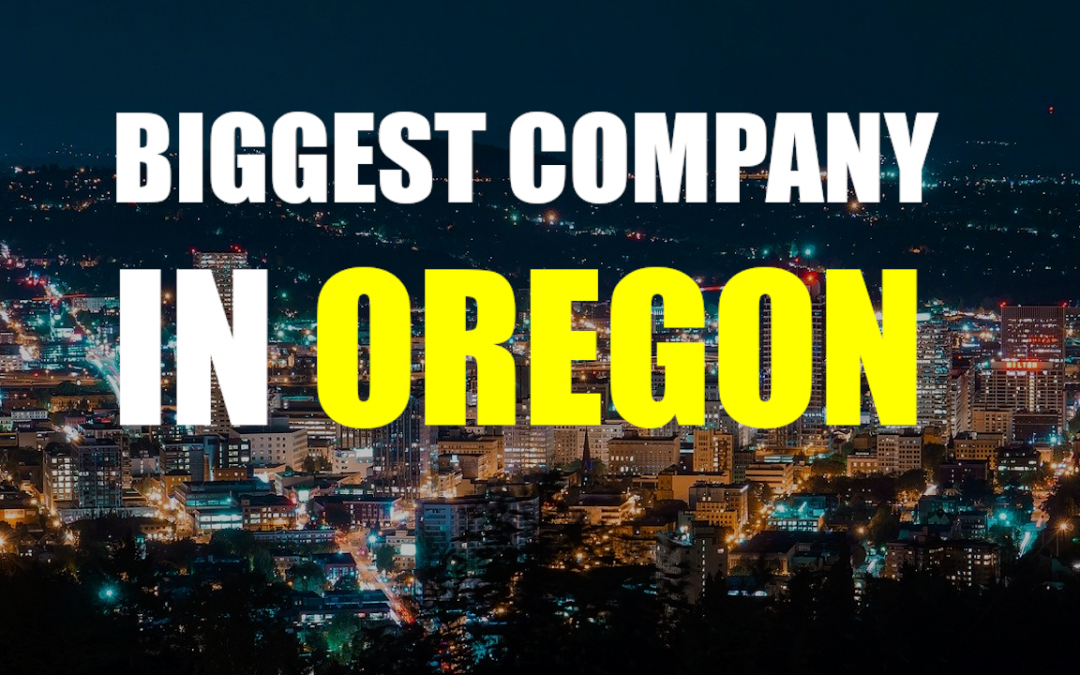 Oregon has a long been seen as a wilderness. Settled by farmers in the 1800s, most knew it only as a land needed to be crossed to reach more wealthy areas like California or Washington. In those days it was but an unorganized territory. Much has changed since Oregon officially became a state in the year 1859. Today Oregon has a population of 4.2 million and multiple large cities. By far the largest of these cities is Portland, being home to 650 thousand people and many businesses. In the last few decades Portland has become known as a hub of innovation and technology. Part of the city is actually referred to as “Silicon Forest”. The name shows the contrast between Portland’s new tech industry and Oregon’s traditional lumber industry. It is here that the biggest company in Oregon can be found.

Many millionaires have been made in Silicon Forest, and so have countless start ups. Many founded here have been absorbed by larger companies, like Elemental Technologies, which is now part of Amazon. Another is Sequent, now part of IBM. Other companies birthed here include Tektronix and InFocus. Silicon Forest peaked economically during the dot com bubble, and has never truly recovered to where it was before the market crash. Still, there are many successful companies here. And that brings us to the biggest company in Oregon, Nike.

The Rise of Nike

While now a multi billion dollar fashion empire, Nike is a remarkably humble origins. It was founded in 1964 by a student athlete at the University of Oregon. With his coach, he established Blue Ribbon Sports. Initially they sold a Japanese brand of shoes called Onitsuka Tiger, which were not available in America at the time. They sold the shoes to fellow athletes and others at sporting events. It was a very small operation, the two of them working around the clock to sell shoes. In the first year of business they sold 13 hundred pairs, more than even they expected. From here it grew steadily, Blue Ribbon selling a greater number of shoes every year. Then in 1971 disaster struck. Onisuka Tiger decided to launch it’s own operation in the United States, ending their agreement with Blue Ribbon.

Suddenly deprived of product to sell, they decided to design and sell their own products. It was at this time they commissioned and adopted their iconic tick logo, which remains in use today. Their first shoes were basic designs featuring the new logo, but still it sold well. Using the lessons they had learned from selling Onisuka Tiger products, they were able to sell an incredible amount of Nike shoes. As time went on they developed an ever better range of shoes and sales tactics. Within nine years of operation Nike had achieved a 50% market share of America’s entire sporting shoe industry. Just a decade or so after beginning selling shoes they had built a significant corporation selling shoes.

Becoming The Biggest Company In Oregon

Through the 1980s Nike worked closely with advertising agencies to develop and launch a series of revolutionary ad campaigns. Their most iconic campaign was the 1988 run that first used the slogan “Just do it”. Arguably one of the greatest ad slogans in human history, it remains a core tag line of Nike today. Decades of innovative campaigns like this have made Nike what it now is, by far the biggest company in Oregon. Among their most effective tactics was to pioneer the use of professional athletes through corporate sponsorship’s. Few of the most successful athletes in the world have never worn a Nike logo, from basket ball to MMA. It was in 1990 that Nike opened their first retail store, an entire store specializing only in Nike product. Like the nearby Nike headquarters the store is in Portland.

Nike has been a publicly traded company since 1980 and an investor favorite since then. In 2013 it was even judged a strong enough company to become part of the Dow Jones Industrial Average, a prestigious index of just 30 large companies. 2009 was the only year in recent memory that the share price of Nike has not increased. This is largely became the company itself continues to expand and grow more profitable. Today Nike is valued at more than 106 billion dollars, has a revenue of more than 36 billion dollars annually, and employs more than 73 thousand people globally.