The Biggest Company In Saskatchewan – Nutrien 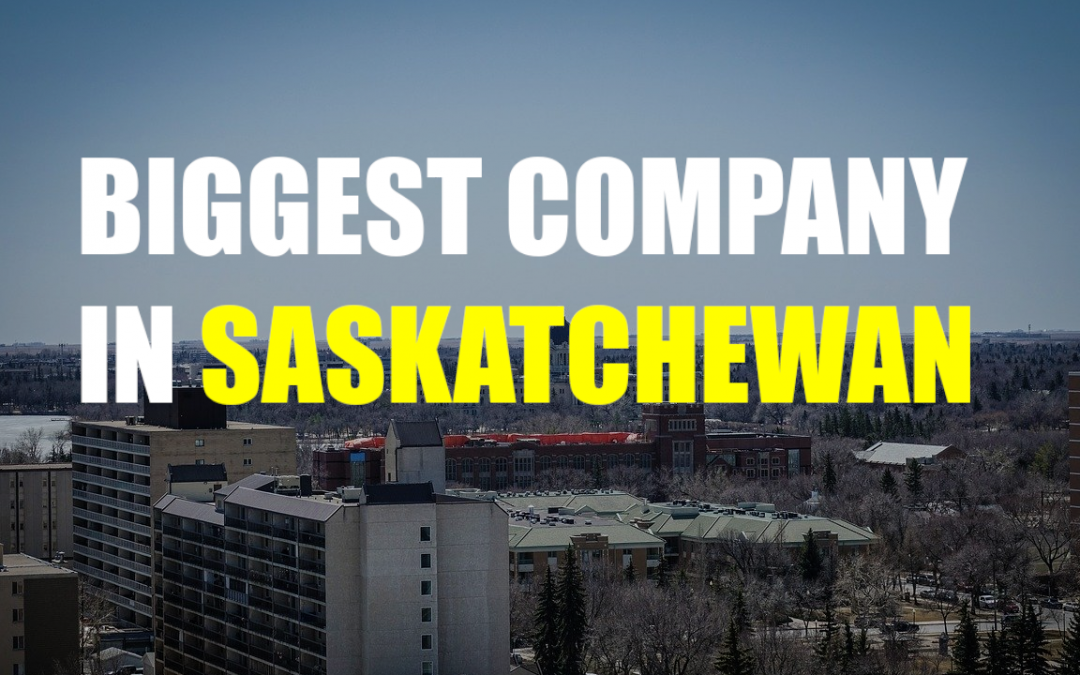 Almost exactly in the center of Canada, Saskatchewan is an entirely landlocked province. Perhaps this is why people so often overlook this province, despite it’s significant size. It covers around 6.5 percent of Canada’s total landmass, much of which is water. There are an estimated 100 thousand lakes in Saskatchewan, along with countless other bodies of water. With a population of more than a million Saskatchewan is more than just water. Around half of that population call the city of Saskatoon home, it’s capital city and the home to the biggest company in Saskatchewan. The northern region of the province is sparsely populated, yet that cold mostly empty north contains incredible valuable minerals. Saskatchewan is the second largest oil producer of any province, only being surpassed by Alberta. But surprisingly the biggest company in Saskatchewan was not built on oil, but on Potash.

That company is called Nutrien. Nutrien is a very young company, being founded in 2018 by a merger between two other corporations. But the history of those who other companies goes back much further. So in this article I will give a brief summary of them.

The Rise of PotashCorp

The first was the Potash Corporation of Saskatchewan. Potash is a form of natural salt that contains some amount of potassium. Since ancient times it has been used as a fertilizer, and today it is a highly valuable resource. No one was more aware of it’s value than the Canadian government. In 1975 they established the Potash Corporation of Saskatchewan, hoping to make use of the huge reserves found in Saskatchewan. For decades private companies had been making a killing off of such reserves, but now everything changed.

Using the almost unlimited funds of the Canadian government this new company bought up all the Potash mines it could. It was not long before 40 percent of them were under public ownership. But the following decade saw the company become less profitable, despite growing in size as an operation. Worst of all, hundreds of millions of dollars in debt were accumulated, leaving many to see the Potash business as little more than a national burden. So in 1989 the government decided to sell off the company. However this was only a good things for the company itself. The investors who purchased the company had deep pockets and grand ambition. Realising the industry in general was in trouble, they took the opportunity to purchase other Potash companies and assets.

Then in the 2000s the Potash industry rebounded. Rising prices made this now dominant corporation worth more than it ever had been. Since then the Potash Corporation of Saskatchewan only continued to grow. At the time of the merger they has a revenue of more than 8 billion US dollars and employed five thousand people.

The Rise of Agrium

The other side of the biggest company in Saskatchewan is Agrium, a significantly older entity. Founded in 1931, it was a retail and wholesaler of fertilizer. In those days chemistry was less advanced than now, so their fertilizer made use of Potash as a key ingredient. It actually owned a potash distribution company called Canpotex, which manages the entire Potash distribution system in Saskatchewan. Every year it moves more than 10 million tonnes of potash, more than a quarter of the global market. So it’s no mystery why a fertilizer company like Agrium wished to own it,

The Establishment of Nutrien

In 2016 the two companies announced their intention to merge, given they were both big players in the Potash industry. It was a natural fit – the Potash Corporation of Saskatchewan being Canada’s largest producer of Potash, and Agrium being one of the biggest marketers of Potash based products. But it was such a huge merger that it required approval from the government. Company leadership argued the merger would allow Potash products to be less expensive, as they would streamline the entire process. This would benefit not only the industry in general worldwide, but would bring increased revenue for the province of Saskatchewan.

Governmental decision on the issue took so long the merger had to be delayed almost an entire year. Still, the merger was approved and Nutrien born. While Agrium was based in Alberta, this new company was to be based in Saskatchewan. Overnight it became the biggest company in Saskatchewan, holding that position ever since. At the merger this new corporation was valued at 34 billion dollars! They possess assets worth more than a collective 46 billion, and a yearly revenue of more than 20 billion.