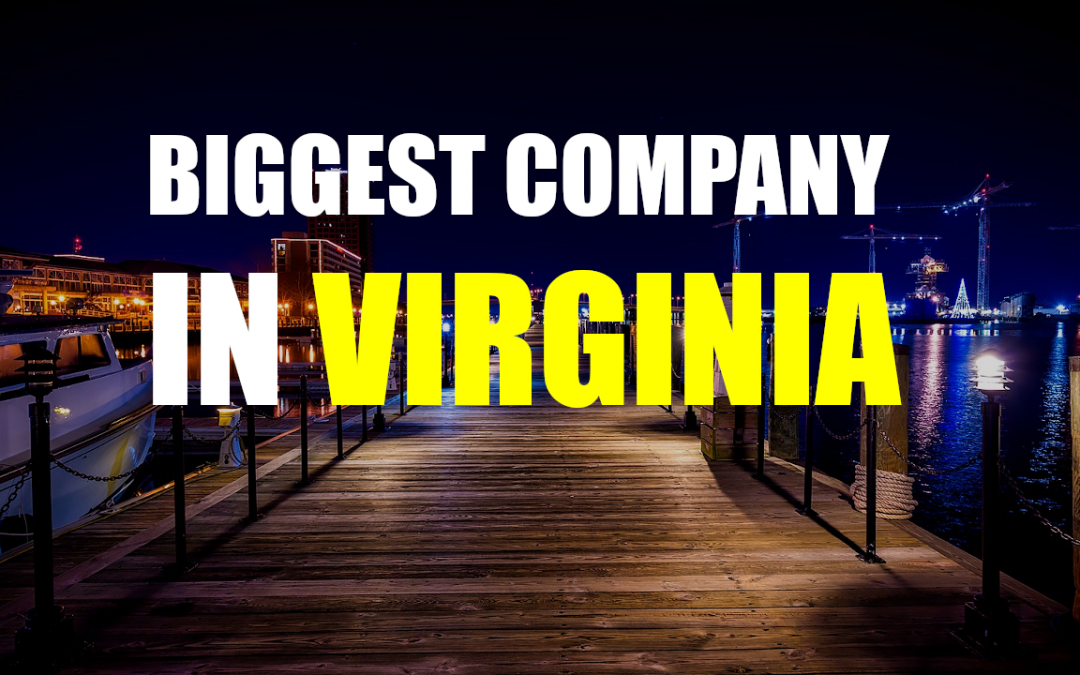 Named after Queen Elizabeth I, Virginia is among the oldest and most interesting states. From the very beginning the colony of Virginia grew vastly wealthy, but settlers struggled to make advantage of this natural wealth. Many colonial companies were forced into bankruptcy. An example is the London Company, which was responsible for the distribution of land. Still, as time went on more people were drawn to Virginia and settlements here grew. Many fortunes were made over a period of hundreds of years. One of the original 13 colonies to found the United States, Virginia grew even more wealthy after independence. It was a slave state, and slave labor was used in mining and farming, ushering in a new era of the states economy. But this has nothing to do with the biggest company in Virginia today.

Virginia now boasts a modern and strong economy, with the two highest average income states in America being found here. All kinds of major global businesses in all kinds of industries are based in Virginia. They include the defence company General Dynamics and the hotel company Hilton. But the biggest company in Virginia is actually a mortgage company called Freddie Mac. If you’ve never lived in America you may well have never heard of Freddie Mac. But the reach and impact this one company has on the entire global economy is critical. This is it’s story.

The Birth of Freddie Mac

Freddie Mac is a unique kind of company. It’s a publicly traded corporation, but is also what’s known as a “government sponsored enterprise”. This means it was originally created by the US government and was a state run company, and now has very close relations with the US state while being an independent organization. It all began in the aftermath of the great depression. In 1938 the government founded a company called Fannie Mae, which was responsible for issuing mortgages to ordinary Americans. Fannie Mae was instrumental in ushering in America’s economic recovery, and in the following decades grew rapidly. Then in 1968 the government decided to relinquish control of the business. Fannie Mae was split into two separate companies – one private and one public. The public organization would specialize in providing mortgages and insurance to military veterans and government employees.

The private company, which lives on today as Fannie Mae, inherited the much wider market. But the government did not want the newly privatized Fannie Mae to possess a monopoly in the industry. So they decided to found a new company to serve as direct competition with them: Freddie Mac. It was a time when congress wanted to increase the number of Americans who own their own homes. So Freddie Mac was endowed with virtually unlimited funds to provide and secure mortgages to the American public. In 1970 Freddie Mac too became a private company, run by independent business people, but with a special relationship with the government. Freddie Mac specializes in purchasing already provided mortgages, bundling several of these mortgages together, and selling them as one collective asset on the markets.

Becoming The Biggest Company In Virginia

While this may sound confusing and counter intuitive, it works. It works really well. The company, just like Fannie Mae, experienced massive growth as the US economy continued to grow itself. As more people began to earn a middle class income and aspire to own a home themselves, revenue and profitability exploded. But then in 2008 disaster struck. The sub-prime mortgage scandal blew up, almost taking the entire global banking system with it. Many predicted both Fannie Mae and Freddie Mac would collapse, causing the mother of all domino effects financially. The company credit rating went from a respectable A1 to a disgraceful Baa3, the lowest grade possible. No one wanted to loan Freddie Mac money, and her days were clearly numbered. But then the US treasury stepped in, realizing the collapse of Freddie Mac, as the biggest company in Virginia, would be disastrous.

So they put in place a plan to buy 1 billion dollars worth of stock in Freddie Mac per year until the crisis was averted. In the long run this did not stop the stock value of Freddie Mac from declining but did ensure the survival of the business. Still, the mortgage and housing market soon began to grow once more. Today Freddie Mac employs more than six and a half thousand people. They register a yearly revenue of 79 billion dollars and remain an integral part of the US economy. You might not believe this but the combined total assets of Freddie Mac are worth an estimated 2.2 trillion dollars. This by far makes it the biggest company in Virginia and one of the largest in the world. It’s actually ranked as the 38th largest company in all of America, and that’s just by revenue.