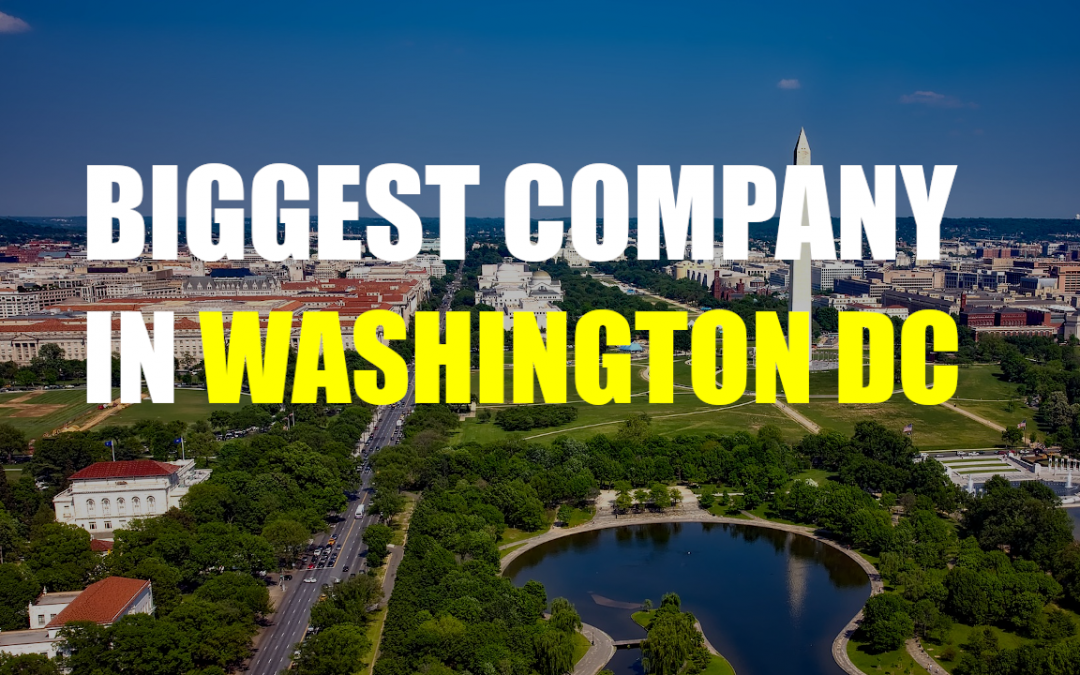 Washington DC is not a state, but really a special federal district. The United States constitution made clear a federal district should be created to house the US government. Rather than being part of any state, that district would fall directly under control of the United States congress. And so the city of Washington was founded in the year 1791 and has stood strong ever since. It is a relatively large city, with a population over 700 thousand, and arguably the most politically vital city in the world. However she is not a financial giant, like the cities of New York and Chicago. Still, there are plenty of gigantic corporations that call this federal district home. So what is the biggest company in Washington DC?

The Rise of Fannie Mae

The biggest company in Washington DC is a financial firm called Fannie Mae. It was founded in the height of the great depression by the US government. The goal of this new company was to shore up America’s mortgage industry by allowing more people to secure loans through Fannie Mae. Such a move was judged necessary by congress. Thrus far during the great depression, about a quarter of American homeowners had lost their homes to banks. Fannie Mae was an important part in the plan to reverse this trend. With federal support, the company grew steadily, along with the American economy. Moving past the great depression, more and more people were able to afford and provide loans, lending an ever growing client base for Fannie Mae.

Also, their federal backing meant they were able to secure a monopoly on the secondary mortgage market for several decades. This virtually guaranteed success in those bleak early years. In 1954 the government started allowing private investors to purchase some stock in Fannie Mae. Then in 1968 it became a fully private company, negating government responsibility for it’s future. By then the company was a giant of the mortgage industry, profiting on the massive rise in home ownership since it’s birth. Following decades saw the company expand it’s product range to offer many different kinds of loans. In the 1990s they began to offer more and more risky loan schemes, largely to people unlikely to be able to repay said loans. It was a gamble, but one that paid off massively. The profitability of Fannie Mae skyrocketed through the next decade.

By the early 2000s, the company has rode yet another wave of profitability, and was now a true titan of the loan industry. Then in 2007 they were hit by a crisis. The policy of providing loans readily to those who may not always afford to repay them backfired. By this time Fannie May was responsibly for about a quarter of America’s 12 trillion dollar mortgage industry! But this industry now collapsed, threatening the existence of the company itself. Fearing not only the loss of jobs in the event of collapse, but that said collapse would have a domino effect on American industry, the US government stepped in. The government didn’t purchase the company outright, rather entering into an agreement and buying a sizable stake in it.

It came at massive cost the the US government, but it ensured the survival of Fannie Mae. On the plus side, the company has since been making dividend payments to the US treasury. Their payment in 2014, for example, was 134 billion dollars. But still, Fannie Mae has been able to remain a independent corporation, albeit a publicly traded one. But most importantly, she is the biggest company in Washington DC by a long mile. Today Fannie Mae employ thousands of people, boast an annual revenue of 22 billion dollars, and is ranked as America’s 21 largest business.