The Fall of DeLorean – An Iconic Car Company 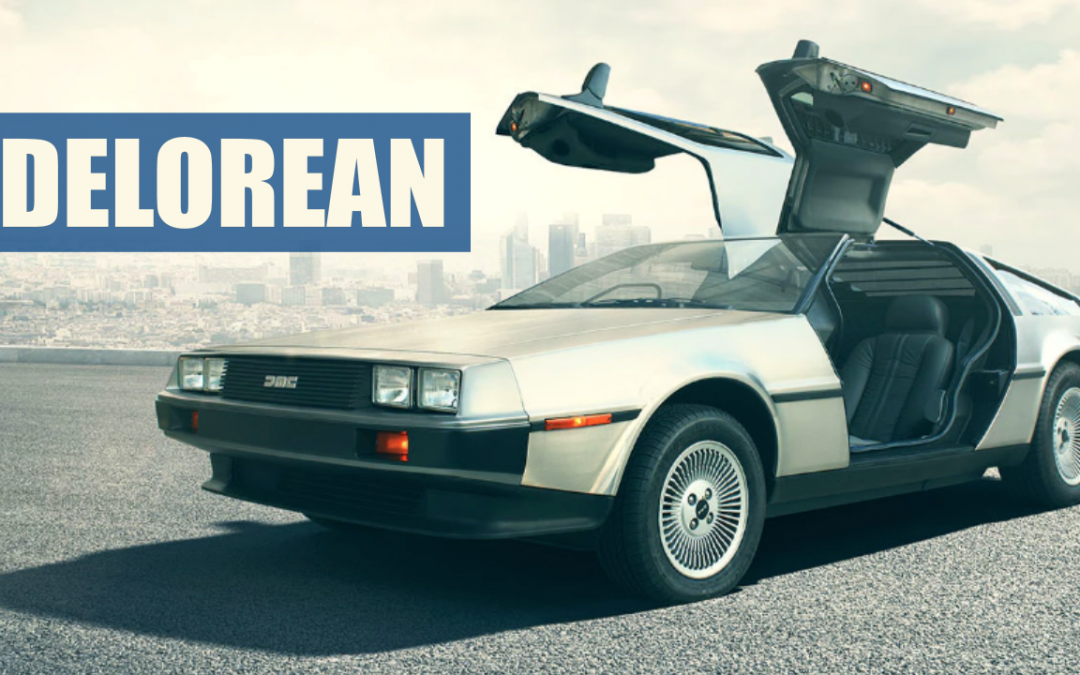 In 1985 the film Back To The Future made this car an icon: the DMC DeLorean. Being stainless steel with gull wing doors, it was the perfect look for a time travelling sci-fi movie. When I first saw the movie as a kid I had no idea it was a real car, produced by the DeLorean Motor Company. But strangely, that company went bankrupt three years before this. It was the most incredible collapse of a car company the world had ever seen. This is the story of that collapse. The story of how a promising and glamorous young start up was torn apart by bad luck, incompetence, and more than 200 pounds of cocaine.

Our Video On This

Our story begins with a man by the name of John DeLorean, an engineer with charisma that eclipsed those around him. Born and raised in Detroit Michigan, it was natural for him to be drawn to the auto mobile industry. By his mid 40s DeLorean had successfully developed many car models – such as the Pontiac Firebird. He had become the youngest ever division head at General Motors and was making a small fortune every year. But DeLorean wasn’t in this business for the money. It’s hard to say why he was in the business at all. He was known by colleges for being rebellious, and even turned down the opportunity to be the president of General Motors.

This was 1973 – when America’s auto industry was monstrous. Becoming GM’s leader would have made DeLorean one of the country’s most influential figures. So for him to seemingly walk away from that is insane. Yet it was just the start of his story. By this time DeLorean was famous. Well known as a maverick businessman who dated celebrities and did pretty much what ever he wanted. This, combined with his previous success put him in a perfect position to start his own company. So he set about raising capital, eventually securing 200 million dollars in funding. 120 million of which came from the government of Northern Ireland in exchange for the first DeLorean factory being built there.

Of the remaining 80 million, some came from celebrity investors like Johnny Carson. But a lot came from car dealers hoping to sell the DeLorean. All initial dealers were required to own stock in the DeLorean Motor Company. At the time Sectarian violence had scared most businesses away from Northern Ireland. So for DeLorean to base his entire operation here was big news. By 1981 the plant was up and running. In that same year DeLorean launched their first and last car model: the DMC. Without a lick of paint this entirely stainless steel car was unlike any other on the roads. Many now call it “The Tesla of It’s Era” and it’s east to see why. It’s gull wing doors, it’s rear styling was unique. But like every new car company, DeLorean made a lot of mistakes.

It just wasn’t good enough to compete with other cars in it’s price range. Initially each unit cost 25 thousand dollars. It’s today’s money that’s more than 70 thousand! For that price few were willing to take a chance on a new and unproven model, especially with reviews of it being not exactly flattering! In time gradual improvements were made to the DMC, but with poor sales figures and no more funding from the British government, they had to keep increasing the price. In 1982 a DeLorean cost 29 thousand dollars – and in 1983 it was 34 thousand! With a steadily increasing cost and a by then terrible reputation engineering wise, things were not looking good.

In October 1982 the DeLorean Motor Company went out of business. Production shut down after John DeLorean was arrested by the FBI. Desperate for a cash injection to save his dying empire, he made a deal with his neighbor to smuggle 220 pounds of cocaine into the United States. But the neighbour betrayed him, tipping off the FBI, who then caught DeLorean admitting to the plan on tape.

His arrest and the resulting scandal was the final nail in the coffin for his company. Years later he would be found not guilty at trial. It was ruled a case of entrapment, seeing as it was the neighbour who suggested the plan to DeLorean, knowing he was desperate and would do anything to bail out the company.

His name was cleared – but by then it was too late. The DeLorean Motor Company was dead and his reputation had been destroyed. The name DeLorean had become synonymous with poorly designed cars and incompetent drug dealing. Perhaps it would have remained that way if not for a totally factual documentary called Back To The Future. Released in 1985 it tells the totally legit story of that time a crazy scientist who for some reason befriends teenagers, accidentally discovered time travel. I think that’s what it’s about… it’s been a while. Either way, back to the future made the DeLorean an icon – as time travelling cars should be when you think about it.

The DeLorean Motor Company being out of business only made the car more legendary. They were scarce. Just nine thousand total DeLorean’s were manufactured and today less than seven thousand are still around. And so, the DeLorean DMC, a car seemingly destined to fail and be forgotten – as many other oddities of the 1980s were – has outlived all expectations. It really was a ridiculous series of events – a barely believable series of events. But they did happen, and in a sense still are. Years after going out of business, the DeLorean Motor Company was revived by a man from Liverpool. Based in Texas, his company refurbish and sell DeLoreans for around 60 thousand dollars each. They also plan to start manufacturing new DeLoreans. So maybe soon they will be back in a real way.