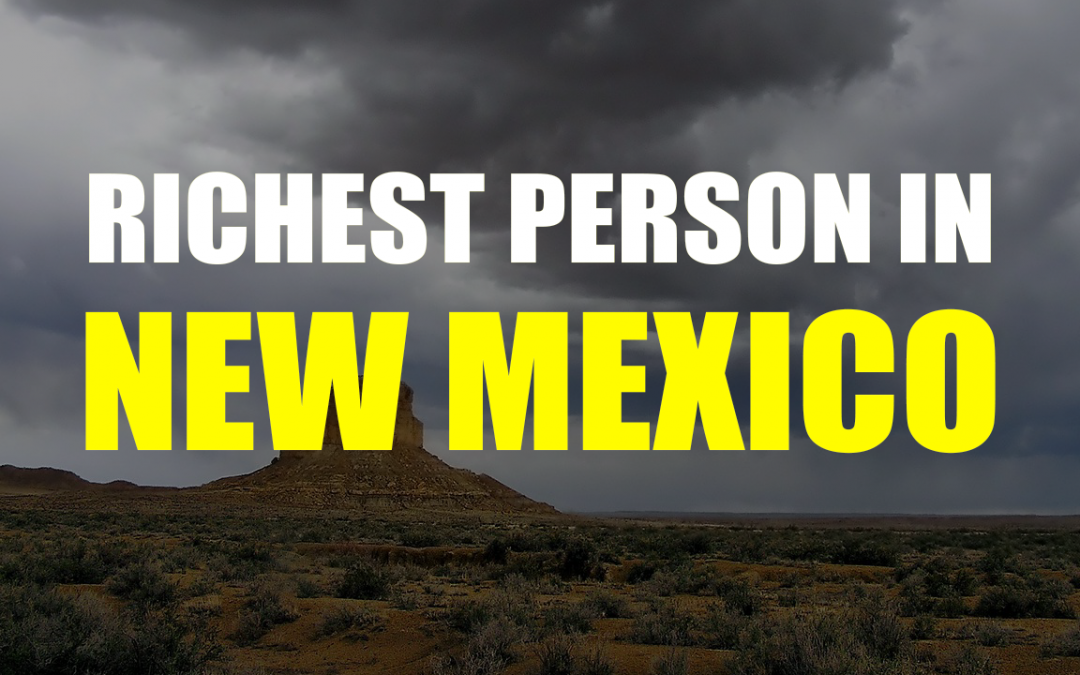 Who is the richest person in New Mexico?

Before we look at the richest person in New Mexico, let’s learn a little more about the state itself. New Mexico is an interesting state. Just it’s name is interesting. It wasn’t named after the country of Mexico, but after the valley of Mexico within said country. At the time New Mexico got it’s name, Mexico was still part of the Spanish empire, and called New Spain. It was only after gaining independence that it came to be known as Mexico. But when it comes to the economy, New Mexico isn’t very interesting at all, relying on a few key industries to keep it afloat. These industries are usually natural resource focuses – in other words, oil gas and minerals.

Yet that’s not necessarily a bad thing. The Soviet Union for a long time had an economy driven purely by hard industries like these, propelling it to become a global super power. Just like in the Soviet Union, the strength of their economy didn’t mean the individual populous were wealthy. New Mexico is ranked 48th out of 50 when it comes to per capita income. There are many poor people who live in the state. But there are also some rich people. So I thought it would be interesting to look into the richest person in New Mexico.

The Rise of Mack C. Chase

Mack C. Chase was born in 1931, at a time when New Mexico was still experiencing the after glow of the region’s oil boom. He grew up seeing prospectors go from poverty to vast wealth with the swing of an axe. Fittingly, he went into the industry at the age of just 14. He spent years working on oil wells as a small part of larger corporations. Then, at last he decided to found his own business. After several failed attempts he came up with a genius b2b business model. Instead of competing with well owners, he now offered a service to pump the oil from their wells to storage facilities.

Today Mack C. Chase owns a multitude of oil-related assets, and even a company that operates and maintains private aircraft. Although Chase has sold much of the oil related assets he once held, his vast wealth seems like a testament to what a good move that was. He is the richest person in New Mexico, with a personal fortune north of 700 million dollars. A small town kind of man, he lives in the place he was born and raised – the New Mexico township of Artesia.