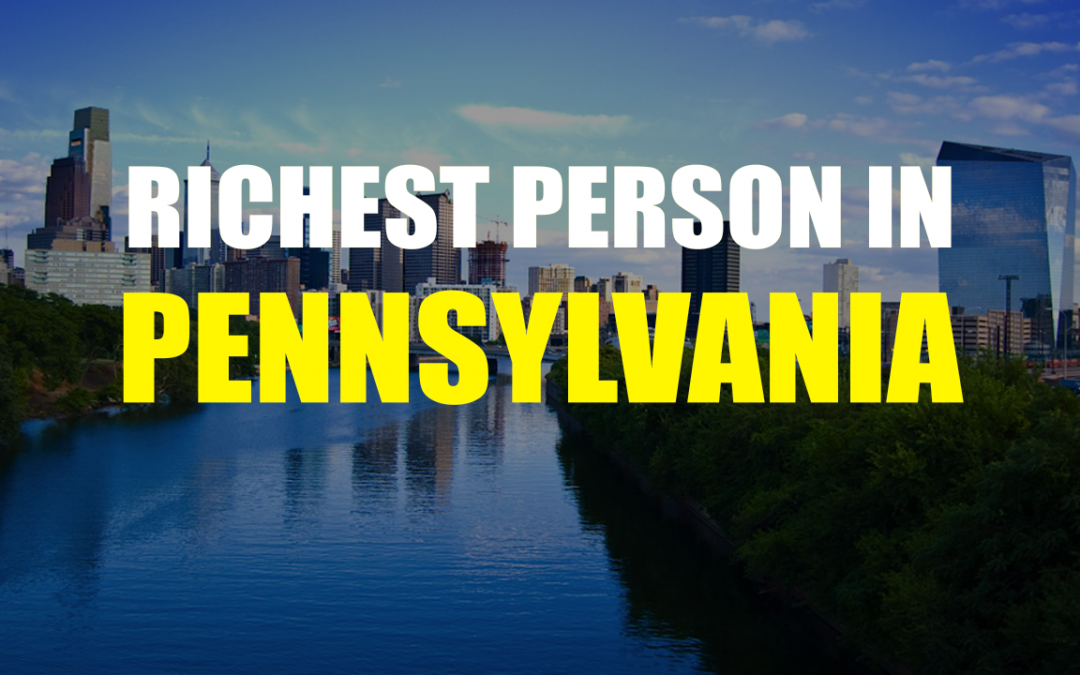 Pennsylvania was named after William Penn, who originally founded Pennsylvania as an English colony. He was a man of many gifts and achievements, yet still it’s a bit much to name an entire colony after yourself. Pennsylvania today is a whole different world than in the days of William Penn. With a population of almost 13 million, she is among the more significant states, especially when it comes to economics. Pennsylvania’s economy is ranked as the 6th highest of any state in the Union. Her major cities are home to many large corporations. In Pittsburgh alone there are eight different Fortune 500 companies. Philadelphia is home to six. Clearly a lot of money has been made in this state, and it would be no surprise is several billionaires and countless millionaires chose to live here. But who is the richest person in Pennsylvania?

The richest person in Pennsylvania

Pennsylvania has long been known as an industrial state, being a heavy producer of steel. Yet the subject of this article did not make her fortune in steel or any other hard industry. She is Victoria Mars, heir to the Mars candy empire. To get even a basic understanding of how Victoria Mars became the richest person in Pennsylvania we must first go back, back before she was even born, to the founding of her family company.

Franklin Mars was born in 1882. As a child, his mother taught him to create basic kinds of candy. And so, while still a child, he began selling his own candy. As an adult, he failed several times to establish his own companies. But for whatever reason, his candy just didn’t catch on. But eventually his son Forrest invented a new form of candy. It was the milky way bar. They soon began selling the bar together and it became the world’s best selling candy bar. This was the beginning of the Mars Family empire, making a fortune in rapid time. Together they created many other now famous candy brands – like the Mars bar and Snickers and M&Ms.

By the time Victoria Mars became involved with the company, Mars Incorporated was a huge empire. Not only was it globally dominant in the candy business, but other industries also. In fact, the Mars family were the richest family in America at the time. She began as a brand manager for Milky Way bars, and gradually worked her way up the ladder. Eventually she became chairman of Mars, Incorporated, making her one of the world’s most powerful women. Although no longer chairman, she remains an influential member of the board of directors at Mars.

The Mars family have long been notoriously secret. So there really isn’t much else to say about Victoria Mars… or at least there isn’t much more known about her. What we do know is that she owns 8 percent of Mars Incorporated, as it remains a private company owned by the Mars family. This equity gives her an estimated net worth of 6.5 billion dollars. Unsurprisingly this makes her the richest person in Pennsylvania and one of the richest women to ever live!