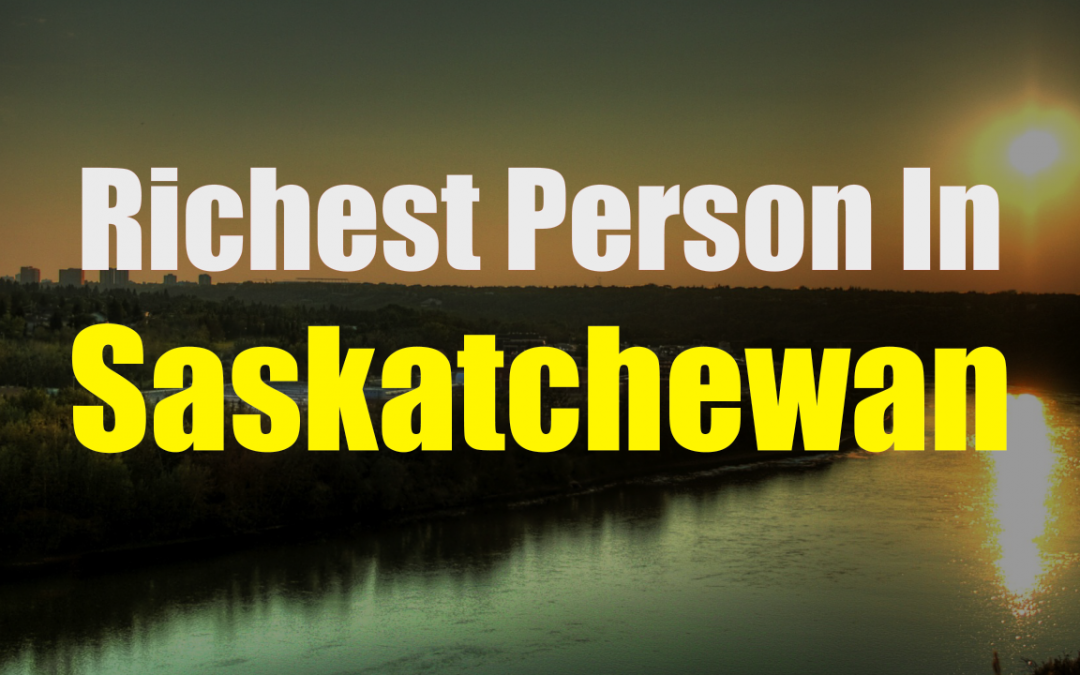 Saskatchewan is enormous, stretching over 250 square miles of Canadian land. But despite this vast physical territory, Saskatchewan has a relatively small population, being just slightly over a million. No doubt this disparity is partly why Saskatchewan boasts an impressive average household income – the per capita GDP being around 70 thousand dollars. Yes, there are many well off and even rich people who hail from this province. But who is the richest person in Saskatchewan? The person in question is not exactly well known, not outside of the Canadian business community at least. His name is Norman Murray Edwards and the bulk of his fortune comes from one of the staple industries of Canada’s economy: oil.

The rise of N. Murray Edwards

N. Murray Edwards was born in 1959 in the Saskatchewan city of Regina. The truth is, we know little else about his childhood – Edwards knows the value of privacy. Accordingly, he had guarded his own fiercely, and so, there simply isn’t much known about him on a personal level. What we can say is that he started off as a lawyer before moving into the oil business. To understand his success we must first know a little about the Canadian Oil Sands.

The Canadian Oil Sands are simply the name of a collection of massive deposits of crude oil and other valuable natural resources. They can be found in Alberta and Saskatchewan and produce 1.3 million barrels of oil every day. Being in operation since the late 1960s, it’s no surprise N. Murray Edwards heard of the immense potential to make money from it and got in early.

Becoming the richest person in Saskatchewan

At age 28 he had grown disillusioned with the monotone life of a lawyer, so he made the jump into another industry. It was a gamble that seems to have paid off. Today his company boasts a daily production of over a thousand barrels of oil per day. With thousands of employees and many different production plants, this gives them a yearly revenue of more than 20 billion dollars! Just that alone could have propelled Edwards to being the richest person in Saskatchewan.

But this company is not his sole interest in the industry. He also owns significant shares in several of Canada’s largest energy and natural resource corporations. Edwards owns a chain of ski resorts and even an aerospace firm. It truly seems he knows the importance of diversifying business interests. Perhaps his most noteworthy possession is a part ownership of the Canadian Hockey team called The Calgary Flames. While little is actually known about him, we can examine elements of his investment strategy that has proved so successful. One of such elements is that he only invests in natural resource reserves that are known to actually exist, rather than taking a risk on ones that could possibly exist. While such prospecting can bring massive profits, it always brings the risk of total loss and waste of time.

Among the few topics of debate mentioned by the media that involves N. Murray Edwards is political contributions. Throughout six different companies it is thought he has donated more than 400 thousand dollars to the Canadian Liberal Party of British Columbia over the last 14 years. Some say this is because he owns mining operations in British Columbia and is using the donations to persuade local politicians to look warmly on his various ventures there. With a current net worth of 1.3 billion. While this might actually seem like a low figure considering the worth of his own energy company and of the other holdings in under his ownership. But 1.3 billion dollars is far more than enough to make Edwards the richest person in Saskatchewan.