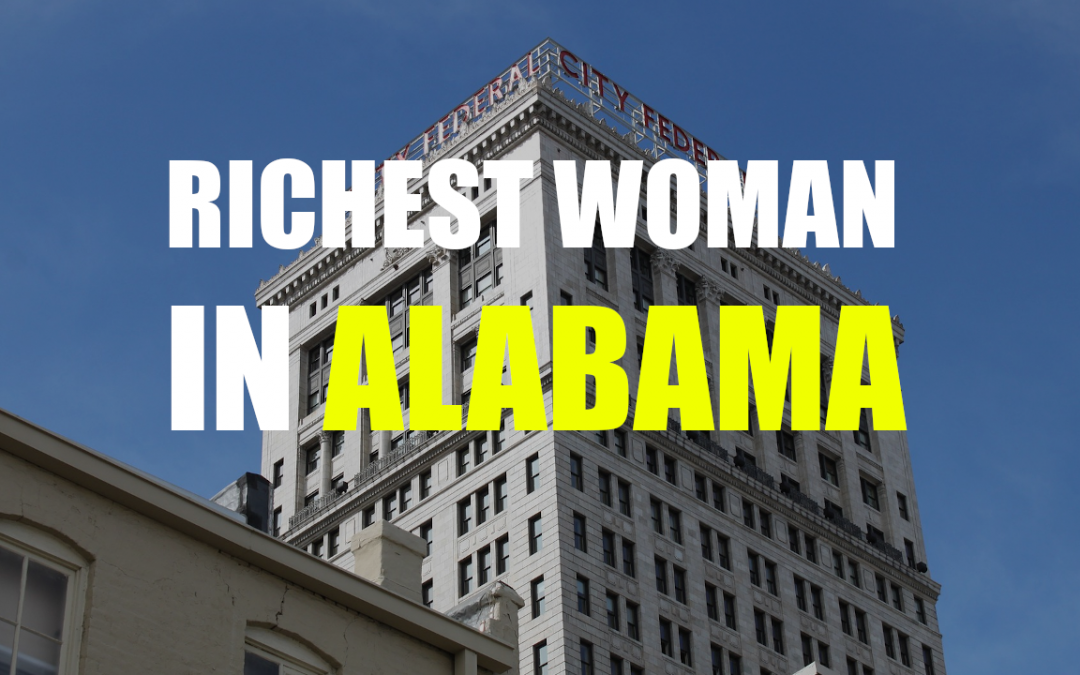 Alabama is among the poorest of all American states, with her rural regions being home to real economic hardship. But with a population just south of 5 million, not all Alabamans live in poverty. Actually, many are fabulously wealthy, and always have been. From the early days of Alabama there were a select few wealthy families. Predominantly plantation owners, many of the richest people in Alabama now trace their descent from those original families. Going into the 20th century Alabama grew less reliant on agriculture and the power of these families waned. Since then the most wealthy made their fortune in modern corporations. That is true for the subject of this article, the richest woman in Alabama. So who is that woman? Well her name is Jane Comer and she is heir to the vast Stephens family fortune.

Our story begins with Elton Bryson Stephens, who in 1944 founded a new kind of company. It was the height of world war two and he realized a business opportunity lay in providing reading material for American soldiers. While magazine subscription services already existed, none had been founded specifically and only to focus on serving the military. And so Stephen did just that, developing the infrastructure and business model necessary. It soon proved to be successful, but this success did not come overnight. Elton Bryson had originally started selling magazines as a poor college student. Finding it a lucrative way to make ends meat, he built on it. But the military service was like nothing else he had ever done. With predictable cash flow and millions of potential readers to market to, there was almost no limit to what he could do.

In 1946 he founded a new independent company to produce the magazine stands that were sold along with the actual magazines. This was just one of a string of other companies Stephens founded to make the entire process more efficient and cost effective. Eventually he decided to roll of these separate companies into one single corporation. That corporation is EBSCO, now one of the 200 largest companies in the United States. Experiencing rapid growth, EBSCO absorbed numerous magazine agencies across the nation in following decades. They expanded outside of the military, selling magazines to libraries, schools, and other appropriate locations. By the mid 90s they had expanded to Canada and developed a 168 thousand square foot production facility.

The Richest Woman In Alabama

Today EBSCO is among the largest private companies in the world, with a revenue of around 3 billion dollars. This made Elton Bryson Stephens an incredibly wealthy man, with a fortune of 4 billion dollars himself. Since his death in 2005 that fortune has been distributed among his four children. But since it was such a vast amount of money, even one fourth of it has made his daughter Jane Comer the richest woman in Alabama.