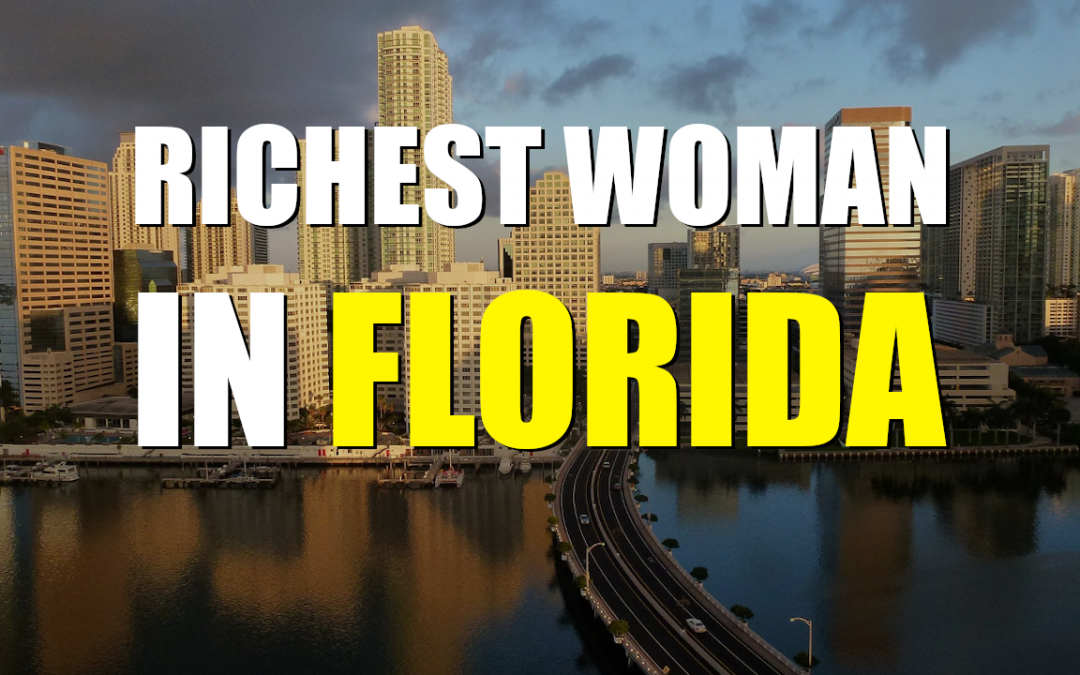 Before we look at the richest woman in Florida we should first look at the state itself. Standing at a trillion dollars, Florida has the fourth largest economy of any US state. That’s actually larger than the total economy of many countries. In fact, just 15 nations have a bigger economy. And there’s a good reason for that. Many large businesses are based in Floridian cities such as Jacksonville and Miami. Financial and restaurant orientated businesses seem especially drawn to Florida for some reason. Florida is also a hub of shipping, owing to the peninsula penetrating deep into the gulf of Mexico. But rather strangely, the per capita GDP of Florida actually ranks 40th in the USA. Still, countless wealthy people choose to live in Florida. If the business friendly environment isn’t enough, the state actually has no personal income tax.

At the top of the rich list are the 40 different billionaires who live in Florida, with the richest having 12 billion just to himself. But this article is not about him. It is about the richest woman in Florida – a woman by the name of Neerja Sethi.

The Richest Woman In Florida

It all began with a married couple from India. Neerja Sethi and Bharat Desai founded an IT outsourcing company in 1980, using their knowledge of both technology and India. Working with large businesses in the USA, they provided effective teams of workers from India to help projects be completed in the most cost effective way. It was actually one of the first ever companies to focus on outsourcing to India, soon opening offices in major cities like Mumbai. By the late 1990s their outsourcing company, known as Syntel, had grown to an immense size. In 1997 Syntel went public. This provided fresh capital with which they could further expand the operation. Exploring new streams of revenue like consulting, Syntel became ever more profitable as time went on.

Fast forward to today, Syntel was bought out by a larger company in 2018. By the time of the sale, Syntel boasted 24 thousand employees globally. The numbers have never been confirmed publicly but it made Neerja Sethi the richest woman in Florida by far. With a net worth of 1.1 billion dollars, she actually has more than double the net worth of the second richest woman. Also, her husband too is a billionaire so I don’t think they will be in lack of funds any time soon. Meeting her husband while working in consulting in the 1970s, the couple had an initial start up cost of just 2 thousand dollars. So it’s fair to say they built the business from the ground up.