What Is Ambush Marketing? (Marketing Explained) 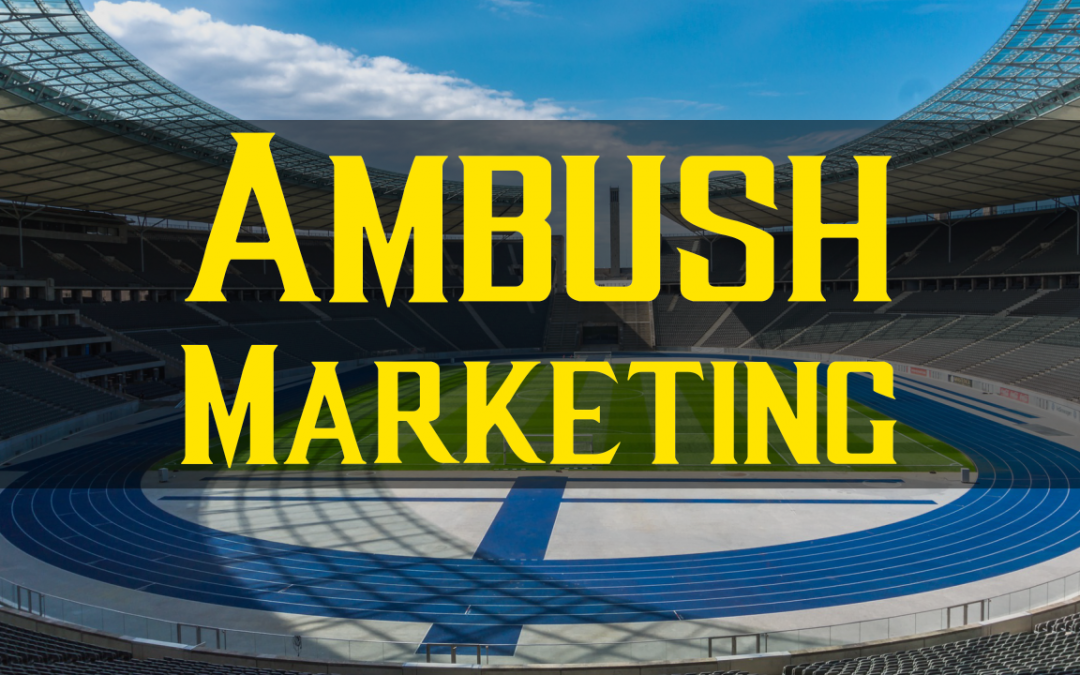 Ambush marketing is simply when you deliberately take advantage of an event organized by other people. An example would be a sporting event. While some brands pay big money to be official sponsors of a big sporting event, their competitors may still find ways to gain attention from the event themselves. It’s all about getting some of the attention attracted by the event. The more attention you get, the better. Many of the best examples are from the Olympic games. In 1984 Fuji Film was the official sponsor of the games, but Kodak didn’t want to miss out on the global attention that comes with the Olympics. So they launched their own campaign designed to make it seem as if Kodak was really the camera brand linked to the Olympic games. Despite Fuji being the sponsor, Kodak’s ambush marketing campaign was so successful new laws had to be introduced.

Because of the new laws, brands now need to be a lot more careful when engaging in ambush marketing. They can in no way claim to be an official sponsor if they are actually not. But sponsorship fees are vast, so the popularity of ambush marketing has only increased. Today brands need to do it in a much more careful and creative way.

One of the most creative was employed by the gambling company PaddyPower. IT was during the 2012 London Olympic games. They erected a huge billboard claiming to be the official sponsor of the largest athletics event that year. People naturally assumed they were talking about the Olympic games. They weren’t. It turns out Paddypower sponsored a relatively small sporting event in the tiny French town also called London. It was a legal grey zone, and Paddypower were taken to court by officials who claimed they were lying. But they successfully defended themselves legally and were allowed to maintain the billboard. Unsurprisingly Paddypower gained massive attention not only from the billboard but from the controversy that followed.

You don’t need to be a big company like Paddypower of Kodak to make use of ambush marketing. The beauty of it is that the only limit is the limit of human creativity. If you can think of a super cost effective way to creatively gain attention off of live events or even of other marketing campaigns, your small or medium business could be transformed in one day. So I strongly advice you to at least give consideration to employing ambush marketing at least to some extent.

It doesn’t need to be a sporting event. In 2011, Samsung ambushed the launch of Apple’s new iPhone. They set up a pop up store right outside the main Apple store in Sydney. If that wasn’t bad enough, they started selling their new Samsung Galaxy for just two dollars in a one time deal. Needless to say, this took much of the wind out of Apple’s sails, generating huge publicity for Samsung. Like I said, the only limit to ambush marketing is the limit to human imagination. Just like with any other form of marketing. While this tactic is most commonly used for sporting events, there’s no reason it cannot be used at other kinds of event, be they political social or otherwise.

One of the reasons this type of marketing campaign is so exciting is it gives you the opportunity to try out untested methods. You can truly be unique and innovate in the way marketers should have always been doing. But there are some downsides. Ambush marketing is very difficult, requiring many hours of careful planning and consideration. It’s also rather hit or miss. Either your campaign will be a big success or a complete waste of time. On top of that, even know ambush marketing allows you to avoid the massive cost of sponsorship fees, it can still be incredibly expensive. So if you do opt for this kind of campaign, be careful.