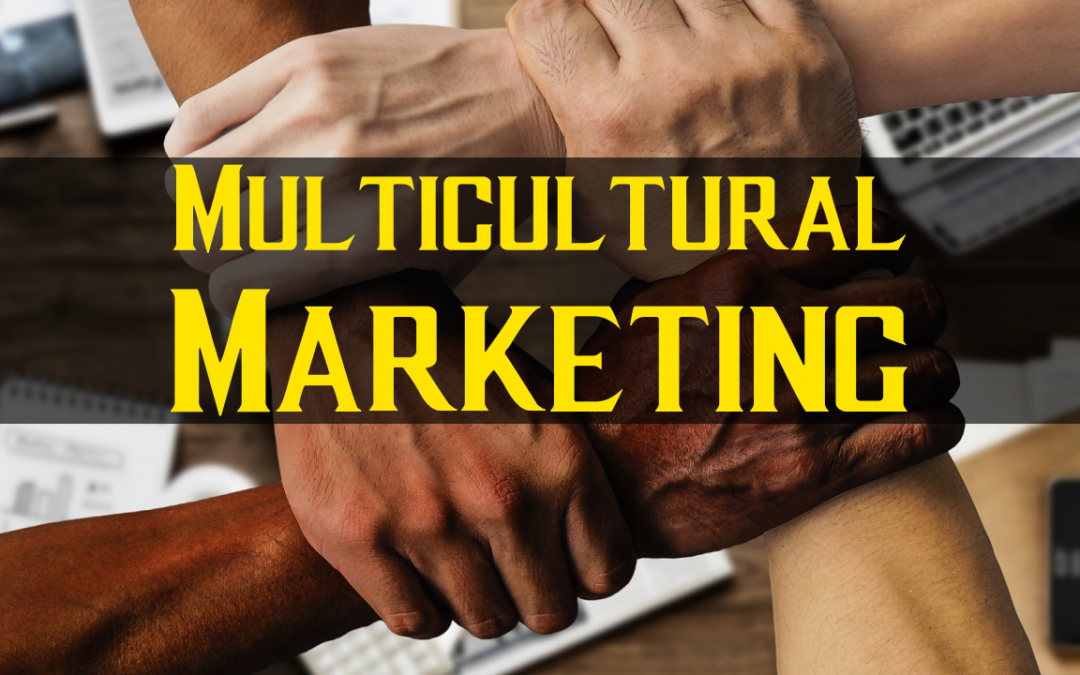 What Is Multicultural Marketing?

Multicultural, or ethnic, marketing is simply any kind of marketing that has more of a focus on the inclusion of non-majority ethnic groups. So on a basic level it could be a TV commercial featuring people of multiple ethnic groups. Of course, it can also be done a lot more subtly. Marketers have correctly come to understand that people are more likely to feel connected to a brand if said brand represents that persons ethnic background. People of Chinese descent tend to feel more connected to brands they see other Chinese people using. And it’s the same for every other ethnicity.

Also under the banner of multicultural marketing is the possibility of marketing to one specific ethnic group. So if the target audience of your product happen to be West African, you might choose to deliberately promote with Nigerian actors, or by showing elements of Nigerian culture.

The Rise of Woke

With the rise of woke in recent years, companies both major and minor alike have taken to ethnic sensitivity like a duck to water. Multicultural marketing is undoubtedly an important part of this. But multicultural marketing is not only useful for corporations wanting to seem modern and socially responsible. It’s also for multinational corporations. Different cultures react differently to different campaigns. They have a wide range of cultural norms. You can run the same campaign in every country on earth… but it would make a lot more sense to tailor each ad campaign to each market. To have different campaign materials in Brazil than in England or Australia.

It’s hard to say for certain how far back the existence of this kind of marketing goes. But it was pioneered in the 1960s, slowly growing until the 1990s when it became widely adopted by major corporations. Since then multicultural marketing has been a major kind of marketing. But it was only in the last decade or so that it skyrocketed.

It doesn’t take much thought to imagine some of the ways multicultural marketing can be used. Or on what platforms it can be deployed. You can use it in any kind of traditional advertising – television, print, radio. And you can just as easily apply it to new platforms like social media. There are, of course, some downsides. Use multicultural marketing that is in any way unsubtle and you can easily come off as pandering or condescending to minorities. On top of that, you need to be careful, be politically incorrect in any minor way and you will be attacks for being insensitive. Yes, this kind of marketing can easily backfire. But if you’re a large company in the modern world, it might be a big mistake not to make use of it.