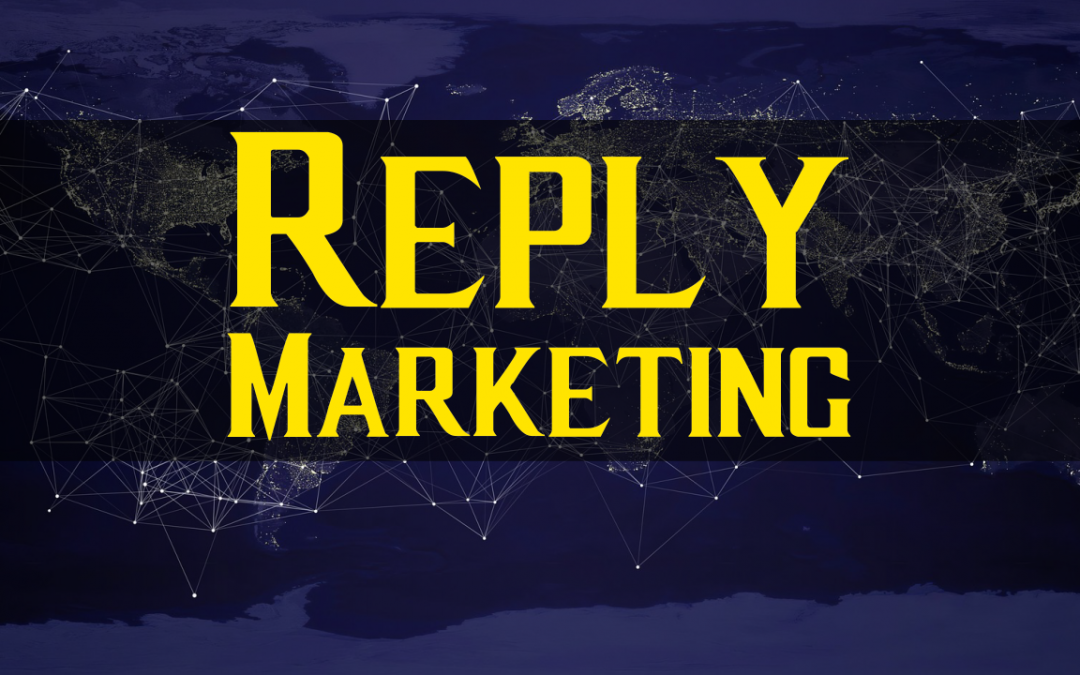 Otherwise known as direct response marketing, reply marketing is a very simple concept. Users are invited to make contact with a brand, in the hope that brand will reply to them, usually offering a prize to a select few recipients. An example would be the reply marketing campaign employed by insurance company Esurance. One day in 2014 they invited people to tweet using a certain hashtag that promoted their brand. In return, they would chose one tweet and reward that twitter user with 1.5 million dollars! The campaign worked; over two million tweets were sent using the hashtag, massively raising Esurance’s presence on twitter. Not only did the campaign increase their twitter audience, but it gained the attention of news agencies, resulting in even more publicity.

Though just one simple example of reply marketing, the success of Esurance just goes to show how massive positive results can come from this kind of campaign. With the rise of the internet there are more opportunities than ever to deploy reply marketing, and that’s only going to increase going forward. But the existence of this kind of marketing long outdated the birth of the internet. If you run a commercial offering special prizes or offers to people who call up your company number, you are in effect making use of it. The customer is replying directly to you.

The main advantage of reply marketing is that, if it works, it works quick. Just like the Esurance campaign, your brand can see massive results immediately. It could potentially transform your business in just one working day. Not only does it give quick results but it can help you reach whole new demographics. But there are also some downsides. For example, it can be very expensive to run an effective reply marketing campaign. It doesn’t always have to be, but it usually is, unless immense creativity is involved.

Another downside is that the engagement can be shallow. What I mean by this is that the people who initially engage with your brand may only be doing so in the hope of winning a prize, or securing a huge discount. And after that, they might never show any interest in your brand or company again. As a result of this, much of the reach achieved in your campaign can prove to be essentially worthless in the long run. On the other hand, taking more time and building an audience with more of a long term strategy often results in consumer loyalty. After all, it’s better to develop a small loyal following than a large disinterested one.

Still, don’t let these few downsides dissuade you. Reply marketing remains one of the most effective forms of marketing. And with the internet growing like never before, it can only become more effective as the world develops. So no matter what size your business or what industry you are in, consider making use of it.